Dr. DeLuca has devoted his research career mainly to vitamin D and physiological events linked to the function of this vitamin. His major initial discoveries were the identification of the vitamin D active forms, 25-hydroxyvitamin D3 and 1,25-dihydroxyvitamin D3, and the characterization of the enzymes involved in the vitamin D metabolic pathways. His group essentially defined the vitamin D-based endocrine system. Dr. DeLuca's continuing research has made major contributions to various important aspects of vitamin D physiology, metabolism and function, including cloning the vitamin D receptor, identifying and characterizing the CYP24A1 that degrades the active forms of vitamin D, and elucidating the mechanisms of the regulation of genes by 1,25-dihydroxyvitamin D3. Among the most important research activities in Dr. DeLuca's laboratory has been the synthesis of tissue-specific analogs of vitamin D for the treatment of diseases. His group has produced eight pharmaceuticals that are used for the treatment of diseases, including osteoporosis, vitamin D-resistant rickets, and bone diseases linked to kidney failure.

Dr. DeLuca has received numerous local and international awards and honors. He was elected to the membership of the U.S. National Academy of Sciences and the American Academy of Sciences in 1979. He is a member of a number of scientific societies. He has over 1,150 publications in the fields of vitamin D, calcitonin, parathyroid hormone and vitamin A; he has over 205 active US patents plus over 722 foreign filings corresponding to the U.S. patents. 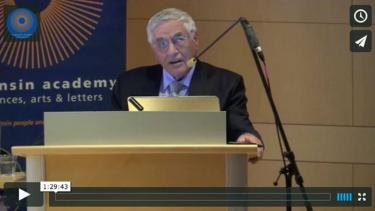