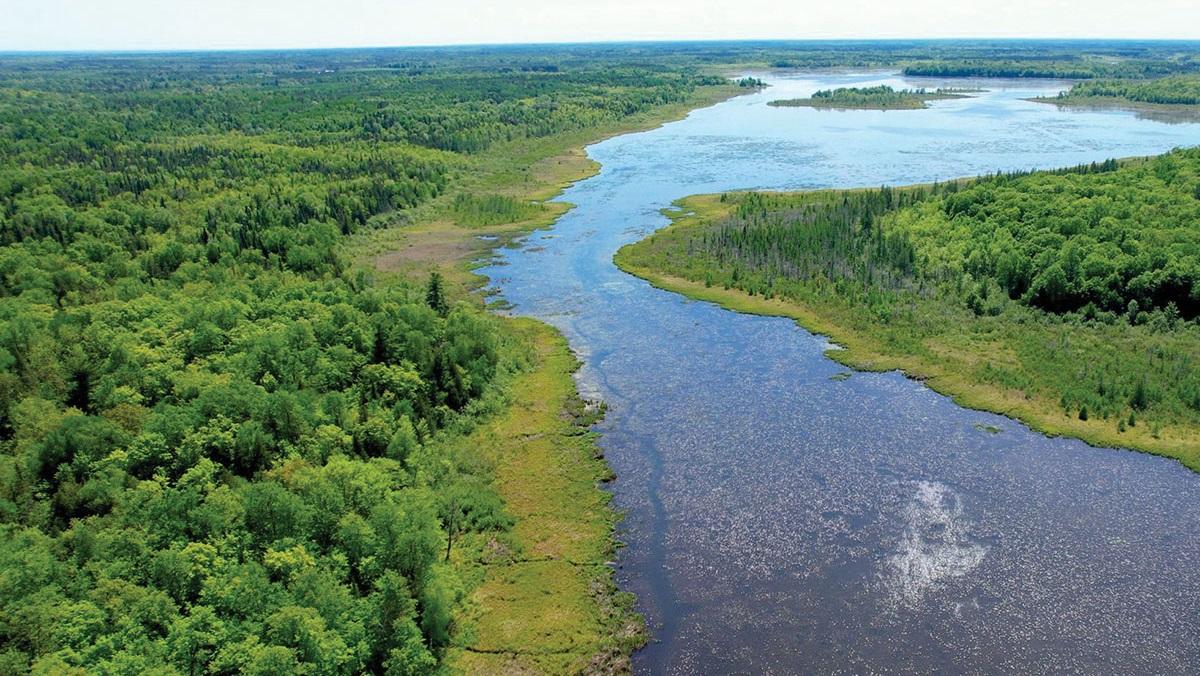 Climate change is real. That’s not news to elders in Wisconsin’s Native American communities. They see it, they feel it, and they are taking action to deal with it. “Our elders have watched climate change on their tribal lands from when they were young. They have seen the landscape change over their lifetimes,” says Bryan Van Stippen, Program Director for the National Indian Carbon Coalition (NICC). “We can’t go into the forests and find traditional plants and medicines because they are no longer growing in those regions. We need to do something about that.”

Based in Minnesota, NICC is an initiative of the Indian Land Tenure Foundation (ILTF) that provides education, training and technical assistance to American Indian tribes on the development of carbon credit and renewable energy projects on tribal land. A member of the Oneida Nation of Wisconsin, Van Stippen previously served for seven years as Tribal Attorney for the Ho-Chunk Nation Department of Justice where he was responsible for land acquisition and other land-related issues.

Many tribes across Indian Country are actively engaged in the development of carbon projects. NICC’s role is to serve as a trusted advisor to tribes to ensure that they can achieve their goals in the most efficient way possible. “Tribes are actively trying to address climate change with the management practices they are implementing on their lands,” said Van Stippen. “By using the revenue from these carbon sequestration projects, they’ll be able to mitigate some of that change that’s going to happen to their land over the next 15 to 20 years.”

In Northern Minnesota, the Fond du Lac Band of Lake Superior Chippewa is doing the same with 8,200 acres of tribal forestland. NICC is partnering with socially-responsible organizations who purchase the credits on the voluntary market, and Van Stippen is currently working on similar projects with Wisconsin tribes.

When carbon projects first appeared in tribal communities there was a great deal of skepticism. Some early projects failed to live up to the promises made by non-Indian project developers who did not have the best interests of tribes in mind. When Van Stippen first approached tribal leaders about these new opportunities, many were wary and some were downright hostile. That type of resistance shifted when the National Indian Carbon Coalition changed how it framed the opportunity.

“Using technical terms and talking about greenhouse gas emissions and carbon offsets and carbon credit creation is just confusing to people,” Van Stippen said. “We focus on communicating in terms that matter to tribal communities – protecting the land, preserving important natural resources for future generations and achieving financial prosperity for tribes today. That message has really resonated. Tribes know they need to take action and we are helping them do that in an environmentally and socially responsible way.”

To learn more about the work of the National Indian Carbon Coalition, visit their website at indiancarbon.org.

Grant McGinnis is the Director of Communications at the Indian Land Tenure Foundation (iltf.org), a national, community-based organization serving American Indian Nations and people in the recovery and control of their rightful homelands. Originally from Canada, McGinnis now lives and works in Minneapolis.