Anne Katz is the first executive director of Arts Wisconsin, a nonprofit statewide community arts action and development organization (formerly known as the Wisconsin Assembly for Local Arts) whose mission is to nurture, serve, promote, and speak up for the arts in Wisconsin and all of its communities. She guides Arts Wisconsin’s programs and activities, serves Wisconsin’s diverse and ever-expanding creative community, and advocates and builds partnerships in the public and private sectors for the arts and creative industries on the local level.

Before she joined Arts Wisconsin in 1995, Katz was the director of development and outreach for the Madison Civic Center, Madison, WI, for four-and-a-half years. During that time, she made the Civic Center—a major, municipally owned performing arts center that presents a full season of music, dance, and theater performances and events—available and accessible to the entire Madison community. She also spent two years as the city of Madison’s arts coordinator and a staff member of the Madison Committee for the Arts. She has worked in administrative roles with a number of other arts organizations around the country, including the Madison Repertory Theatre and Festival of the Lakes in Madison; Eugene O’Neill Theatre Center in Waterford, CT; The Big Apple Circus; New Dramatists, Inc.; and The Feld Ballet in New York City.

Katz was an arts administration fellow in the Locals Program of the National Endowment for the Arts in 1988; was selected as a member of the first class of Leadership Greater Madison in 1993–1994; and recently graduated as a member of Group X of the Wisconsin Rural Leadership Program, a two-year statewide leadership program. She has participated in and spoken at numerous conferences and summits on the arts, arts advocacy, the creative economy, and economic development; was a member of the Cultural Alliance of Greater Milwaukee Steering Committee; served as a member of the State of Wisconsin’s Special Legislative Study Committee on Arts Funding in 2000–2001; and has been a peer review panelist for the Wisconsin Arts Board, City of Milwaukee Arts Board, Dane County Cultural Affairs Commission, National Guild of Community Schools of the Arts, Iowa Arts Council, and the South Dakota Arts Council. She is a member of the State Arts Action Council, affiliated with Americans for the Arts, the national service organization for the arts.

Katz is a graduate of Brandeis University with a BA in theater arts and studied drama at the Royal Academy of Dramatic Art in London, England. She is a member of Downtown Madison Rotary and TEMPO Madison, is a past president of the board of directors of Wisconsin Rural Partners, and is chair of the Artistic Access Fund for use of the Overture Center for the Arts in Madison. 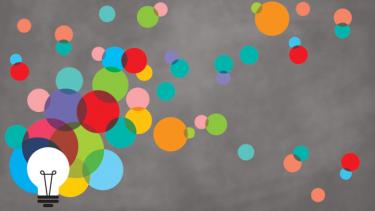