David Frank (and family) moved to Wisconsin when he was appointed Artistic Director of the American Players Theatre in the summer of 1991. First as the artistic leader, and eventually as both artistic and managing leader, Frank helped guide this most surprising company through more than two decades of remarkable growth and success.

Since 1992, APT’s audience has doubled, its annual operating budget has tripled, an oppressive debt has been eliminated, and the company has established a far-reaching reputation for its distinctive approach to classical drama, the works of Shakespeare in particular. In December, 2011, increasing attention from the national press culminated in the Wall Street Journal’s senior theater critic, Terry Teachout, designating APT as his “company of the year” and Frank’s production of The Cure at Troy (Seamus Heaney’s adaptation of Sophocles’ Philoctetes) “the best show of any kind” that he had seen that year.

Raised and trained in England (Rose Bruford College of Speech and Drama), Frank has spent most of his fifty-year career in the theater heading professional companies, including stints as Producing Director of the Repertory Theater of Saint Louis and Artistic Director of the Studio Arena Theater in Buffalo, NY. He has directed and produced more productions than he cares to remember and has served extensively as a consultant, lecturer, and workshop leader for arts councils, foundations, theater companies, and university theater departments throughout the United States. Frank is a past chairman of the theater panels of the National Endowment for the Arts and the New York State Arts Council. 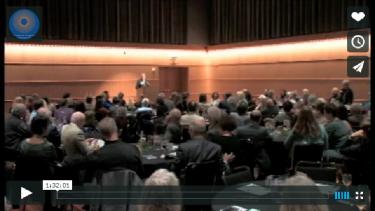 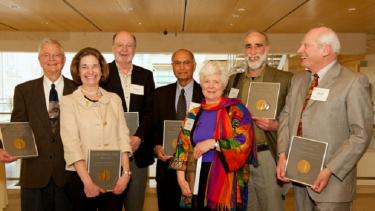