A conservation icon and co-founder of the International Crane Foundation, George Archibald has cultivated and revolutionized the preservation of rare crane species and their wetland habitats. In 1973, along with Ron Sauey, he co-founded the International Crane Foundation, located in Baraboo, Wis. The foundation emerged at a perilous time for cranes, when many of the 15 remaining species were on the brink of extinction. Archibald and Sauey, a colleague from Cornell University, where Archibald earned his PhD, started the foundation in a horse barn owned by Sauey's parents. When they began, little was known about the breeding biology of cranes, with some species never having been hatched in captivity. Sauey and Archibald worked to create a "species bank" for captive cranes, reasoning that breeding cranes in captivity was one important step toward safeguarding them in the wild.

Through the International Crane Foundation, Archibald continues to research and collaborate with colleagues around the world. Archibald has pioneered several techniques to rear cranes in human care, such as having human handlers wear crane costumes to avoid human imprinting and using ultra-light aircraft to lead cranes on migration. An ardent conservationist, Archibald has also led the effort to protect more than 5 million hectares of wetlands in Asia, mostly in China and Russia, and he has implemented conservation-education programs among local people in remote regions of Africa, Australia, and Eurasia.

During his career, Archibald has studied the ecology of eight species of cranes in Australia, Bhutan, China, Iran, India, Japan, Korea, Russia and the United States, and has organized more than 900 researchers working with cranes in more than 60 nations. Indeed, Archibald is known globally as the world's leading scientific authority on cranes, and he has received numerous awards and honors worldwide. The United Nations placed him on the Global 500 Roll of Honor for Environmental Achievement, and he was inducted into the Wisconsin Conservation Hall of Fame for 2006.

"The International Crane Foundation: A Story of Preservation and Restoration," by George Archibald.Wisconsin Academy Review, Fall 1994 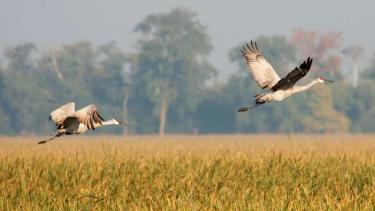 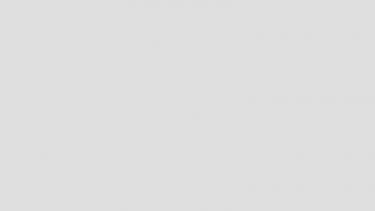