Michael Kienitz has been a photographer for over forty years. His traditional photography has appeared in Life, Time, and Newsweek, Audubon, Elle, Rolling Stone and other major publications worldwide. Exhibited in the United States and Europe, his work has been represented and disseminated world wide by various photo agencies including Contact Press Images, Black Star and Picture Group.

For ten years Kienitz photographed a variety of conflicts around the world and in 2007 published some of that work in a book entitled Small Arms: Children of Conflict along with an exhibition by the same name at The Chazen Museum of Art. Kienitz has won numerous awards for his photography including Best Picture Story from UPI and Best Sunday Magazine Picture Story from The Sunday Magazine Editors Association.  While living in New York he worked for Andy Warhol and was the house photographer of The Waldorf Astoria.  He has produced, shot and edited digital video for television commercials and done still photography for motion pictures. 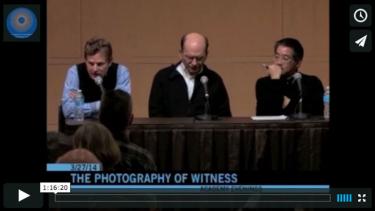 Video
The Photography of Witness