Michael Lesy received a B.A. in theoretical sociology from Columbia University, an M.A. in American social history from the University of Wisconsin, and a Ph.D. in American cultural history from Rutgers University. He has published twelve books of history, biography, and narrative nonfiction. Many of his books have been based on historic photographs, gathered in archives; several have been based on oral histories, gathered during fieldwork.

Lesy has contributed essays to The Jewish Museum’s The Radical Camera, Harvard University Press’ A New Literary History of America, and the Free Press’ Killing the Buddha. His reviews, columns, and critical essays about the use of archival photographs as historical documents have appeared in Aperture and DoubleTake magazines, and in The Journal of American History.

Lesy’s first book, Wisconsin Death Trip, has remained in print since 1973. His latest book, Repast: Dining Out at the Dawn of the New American Century, 1900-1910, written in collaboration with the essayist Lisa Stoffer, is based on the New York Public Library’s Buttolph Menu collection. During Lesy’s 2013 Guggenheim Fellowship, he conducted research for Looking Backwards, a book and companion exhibition based on the 500,000 stereographic images in the Keystone-Mast Collection at the California Museum of Photography, University of California-Riverside.

Lesy’s books have been made into operas, plays, dance performances, and films. They have served as inspiration for novels, short stories, and albums of popular music. In 2006, the United States Artists Foundation named him its first Simon Fellow.  Prior to this, Lesy was awarded grants and fellowships from the American Council of Learned Societies, the National Endowment for the Arts, the Graham Foundation, the Wilbur Foundation, and the Kaplan Foundation’s Furthermore fund. 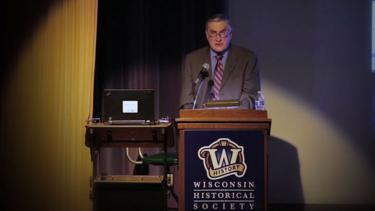