Paul G. Hayes' journalism career covered 37 years (1958 -1995), the last 33 for The Milwaukee Journal. He first covered public planning and transportation, an assignment that led logically to environmental policy, the natural and physical sciences, and energy policy. He was named environmental reporter in 1969, one of the first in the nation assigned to that specialty full time. From 1987 until retirement in 1995, he wrote for Wisconsin, The Journal's Sunday magazine.

In 1968, he spent 10 months in Washington, D.C., as a fellow of the American Political Science Association working on the staffs of the late US Rep. Morris K. Udall of Arizona and the late US Sen. Lee Metcalf of Montana. In 1973, he participated in the first Leonardo Seminar of the Institute for Environmental Studies at the University of Wisconsin, Madison. The outcome was a book by the seven participants, "Resources and Decisions." (Duxbury, 1974). In 1987, he was named a Fellow of the Wisconsin Academy of Sciences, Arts and Letters.

He was a member of the team that produced "Pollution, the Spreading Menace," for which The Journal won the 1967 Pulitzer Prize for public service. Other awards included the Gordon MacQuarrie medal of the Wisconsin Natural Resources Foundation and two Westinghouse Science Writing Awards of the American Association for the Advancement of Science in 1977 and in 1985.

In retirement, he served on the boards of the Wisconsin Academy of Sciences, Arts and Letters, the Ice Age Park and Trail Foundation and the Greater Cedarburg Community Foundation. A native of Springfield, Ill., he was graduated in journalism from the University of Illinois, Champaign-Urbana. He and his wife Philia live in Cedarburg, WI., where they raised two sons, and where he continues to write.

In 2011, his book "Master Planners, Fifty Years of Regional Planning in Southeastern Wisconsin," was published by Marquette University Press. 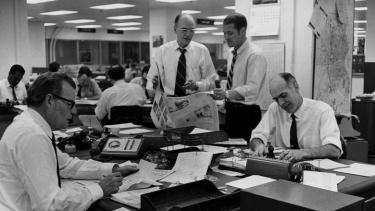