R. Alta Charo is the Warren P. Knowles Professor of Law and Bioethics at the University of Wisconsin at Madison, where she is on the faculty of the Law School and the Department of Medical History and Bioethics at the medical school.  She also serves on the faculty of the UW Masters in Biotechnology Studies program and lectures in the MPH program of the Dept. of Population Health Sciences.

Professor Charo served on President Obama's transition team, where she was a member of the HHS review team, focusing her attention particularly on transition issues related to NIH, FDA, bioethics, stem cell policy, and women's reproductive health.  She is on leave 2009-2011 to serve as a senior policy advisor on emerging technology issues in the Office of the Commissioner at the US Food & Drug Administration.

Professor Charo is the author of nearly 100 articles, book chapters and government reports on law and policy related to environmental protection, reproductive health, new reproductive technologies, medical genetics, stem cell research, science funding, and research ethics.  She has served as a member of the boards of the Alan Guttmacher Institute and the Foundation for Genetic Medicine, the National Medical Advisory Committee of the Planned Parenthood Federation of America, and the program board of amfAR, the Foundation for AIDS Research.  She has also been on the boards of the Society for the Advancement of Women's Health and the former American Association of Bioethics, as well as the ethics advisory board of the Howard Hughes Medical Institute.  In addition, she has served as a consultant to the National Academy of Science's  Institute of Medicine and the former NIH Office of Protection from Research Risks.

At the National Academies, from 2001-2008 she was a member of the Board on Life Sciences.  She served as its liaison to the Committee on Research Standards and Practices to Prevent Destructive Applications of Biotechnology as well as its committee to develop national voluntary guidelines for stem cell research.  She also served as a member of the Institute of Medicine's Committee on Smallpox Vaccination Program Implementation and since 2006 she has served on its Board on Population Health and Public Health Practice.  In 2005-2006, she was a member of the  committee to review the FDA and the U.S. national system for the assurance of drug safety. 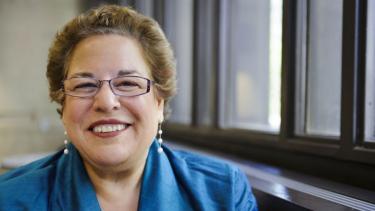 Fellows Forum
Stem Cells: Save the Hope and Lose the Hype 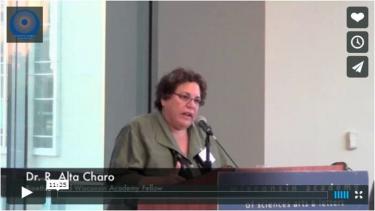