Milwaukee Public Schools (MPS) Chief Academic Officer (CAO) Ruth Maegli has worked as a teacher, principal and district administrator in MPS for more than 25 years. Before becoming CAO, Maegli was the districts’ Chief Innovation Officer (CIO). Prior to becoming CIO, she directed the district’s $20.4 million GE Foundation grant to develop demonstration schools that model successful implementation of the rigorous Common Core State Standards for other schools in the district. Maegli began her career as an art teacher in the district, working at schools including 81st Street, Engleburg and Siefert. She then spent more than 11 years as a principal in MPS, leading Elm, Garland and Whittier schools.

Maegli spent her K-12 school career in Milwaukee Pubic Schools, graduating from Alexander Hamilton High School. She is married to a retired teacher and comes from a family of MPS educators. Both her father, Charles R. Ebert and grandfather, Ben Wiczynski, were teachers and principals at district schools. 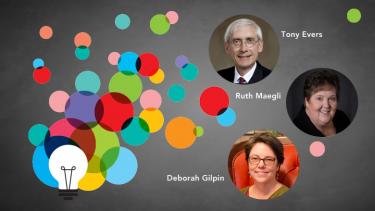