Sheila M. Smith is the Executive Director of Minnesota Citizens for the Arts (MCA) which strengthens our cultural community by achieving arts friendly policy at the Minnesota Legislature and in Congress. Now also Chair of the Creative Minnesota Project, she produces important research about the arts and cultural community for education, policy making, and advocacy.

A well known leader in the non-profit sector, Smith is currently member of the Executive Committee and Public Policy Cabinet of the Minnesota Council of Nonprofits. She led the arts community into the successful 2008 statewide “Legacy” ballot campaign which created 25 years of dedicated funding for the arts & environment through a Minnesota state constitutional amendment. She also served on the Board of the 2012 Minnesota United campaign, protecting the rights of all Minnesotans to marry, and previously served as Staff in the Minnesota Senate.

With over 25 years of experience about the intersection of art and politics, she teaches at the University of Minnesota and has a Masters in Arts Administration from St. Mary’s University and a B.A. in Shakespeare from St. Olaf College.

An avid kayaker, she is also a vernacular architect, carver and painter. 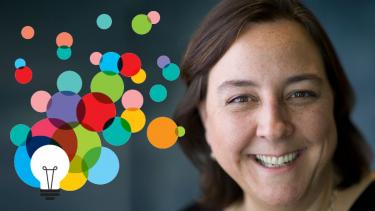