Shirley S. Abrahamson was appointed as a Justice of the Wisconsin Supreme Court in 1976. She was the first and only woman to serve on the court until 1993. She was elected to a ten-year term in 1979, re-elected in 1989, and became Chief Justice on August 1, 1996. Chief Justice Abrahamson earned an AB magna cum laude from New York University in 1953, a JD with high distinction from Indiana University's School of Law in 1956, and an SJD in American legal history from the University of Wisconsin Law School in 1962. Before her appointment to the court, she practiced law in Madison for fourteen years, and she has taught as a faculty member of the University of Wisconsin Law School and lectured at Marquette University Law School.

In addition to her duties on the court, Chief Justice Abrahamson is active in the legal profession in other ways. She serves on a number of boards and is a member of the Council of the American Law Institute. She is or has been a member of the board of visitors of five law schools; has published articles in law reviews on such subjects as juries, victims and state constitutions; delivers named lectures at law schools; and judges moot court competitions. She has been awarded twelve honorary Doctor of Laws degrees in recognition of her work as a jurist and legal scholar. In 1997, she was elected a member of the American Academy of Arts and Sciences.

Chief Justice Abrahamson travels throughout the state of Wisconsin to speak to service and professional organizations of homemakers, business people, farmers, workers, and educators. She has read stories to elementary school children, visited high school classrooms, spoken up for the liberal arts at colleges, initiated law and literature seminars for judges, and delivered many commencement addresses. She received the University of Wisconsin Distinguished Alumni Award in 1994 and the Wisconsin Communication Association Outstanding Communicator Award in 1992.

When the court is not in session, Chief Justice Abrahamson travels farther afield. In cooperation with the United States Information Agency, she has met with women's, lawyers' and judges' groups in Egypt, India, Pakistan, Malaysia, Sri Lanka and the Philippines. In 1995, she was a member of the Court Reform Advisory Panel for the International Human Rights Law Group Cambodia Project. In 1993, she served as a consultant to the United States Agency for International Development's Rule of Law Project in Moscow.

Chief Justice Abrahamson and her late-husband, Seymour, professor emeritus of zoology and genetics at UW–Madison, were married for more than sixty years. Their son, Daniel, is an attorney. 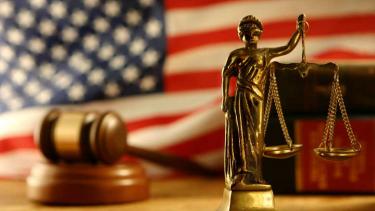