Sumudu Anopama Atapattu is the Director of Research Centers and Senior Lecturer at UW Law School. She teaches in the area of International Environmental law and her book titled "Emerging Principles of International Environmental Law" was published by Transnational Publishers, New York in 2006. She holds an LL.M. (Public International Law) and a Ph.D. (International Environmental Law) from the University of Cambridge, U.K., and is an Attorney-at-Law of the Supreme Court of Sri Lanka.  She is currently working on a book titled "Human Rights Approaches to Climate Change: Challenges and Opportunities" which will be published by Routledge. She is affiliated with UW-Madison's Nelson Institute for Environmental Studies and the Center for South Asia and was a visiting professor at Doshisha University Law School, Japan, in summer 2014.
Atapattu has received numerous awards and scholarships for academic excellence, including a Cambridge Commonwealth Trust scholarship and a Benefactor Studentship awarded by St. John's College, Cambridge. In 1986 she was awarded the best student prize and Sir Lalitha Rajapakse Memorial Prize by the Sri Lanka Law College, Colombo where she graduated at the top of her class. In 2000 she was awarded a Senior Fulbright scholarship and carried out research on "Environmental Rights and Human Rights" at the New York University Law School and the George Washington University Law School as a visiting scholar. From 2002-2006 she was a visiting scholar at the Institute for Legal Studies at UW Law School and was part of the adjunct faculty during that time.
From August 1995 to January 2002, Atapattu worked as an Associate Professor at the Faculty of Law, University of Colombo, Sri Lanka, where she taught Environmental Law and Public International Law and was instrumental in introducing a course on environmental law to the law curriculum. She also taught International Organizations for the LL.M. degree and the Public International Law component of the M.A. in International Relations course, both at the University of Colombo, Sri Lanka.
Atapattu also worked as a Senior Research Consultant to the Law & Society Trust, a human rights non-governmental organization in Colombo, Sri Lanka. She was the editor of Sri Lanka: State of Human Rights 2002 , an annual publication on the human rights situation in Sri Lanka. She serves as the Lead Counsel for Human Rights at the Center for International Sustainable Development Law based in Montreal, Canada, and is on the advisory board of the McGill International Journal of Sustainable Development Law and Policy. 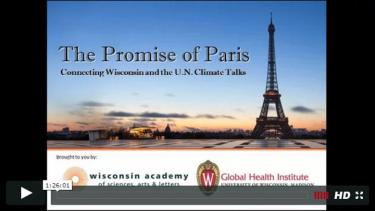 Video
The Promise of Paris 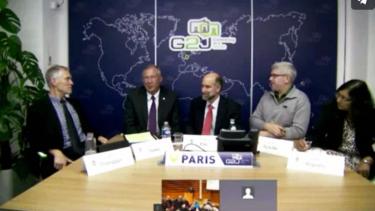