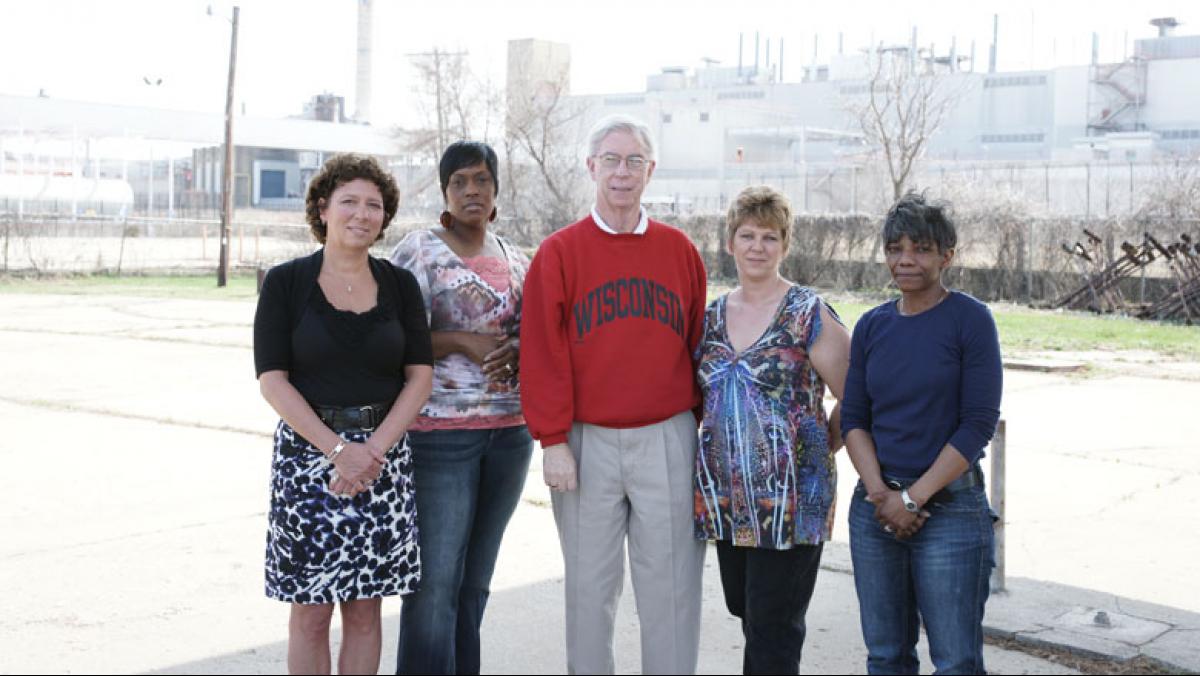 For nearly a century, a General Motors assembly plant was the economic hub of Janesville, Wisconsin, employing some 7,000 workers at its peak of operation. During the sport utility vehicle boom of the 1990s, the plant shifted its base production to the large-size, low-mpg trucks only to see consumer demand fall when gas prices rose sharply in the mid-2000s. In 2008, GM announced the plant’s closure as part of a restructuring that included closing plants in Ohio, Canada, and Mexico, a move projected to save the company approximately $1 billion a year. By 2010, the Janesville plant had entirely ceased production, and the remaining 5,000 workers—almost 10% of Janesville’s population—employed by GM and other regional manufacturers dependent on the plant were left without jobs.

When Brad Lichtenstein heard about the plant closing from his wife, he was concerned about the future of Janesville. His wife grew up in the city of 64,000 people in South Central Wisconsin, and they had friends and family who still lived there. How would the city adjust to the new economic reality of life without the region’s largest employer? More important, how would the people who lost their jobs survive?

Lichtenstein, a Peabody Award-winning filmmaker and founder of the docUWM media center at University of Wisconsin–Milwaukee (a program offering students the opportunity to work on professional documentary films), has always been interested in social issues. Before making his own films, Lichtenstein directed Ghosts of Attica, which won a 2003 Alfred I. duPont-Columbia Award, and Lumiere Production’s 1996 PBS series, With God on Our Side: The History of the Religious Right. Founded in 2003, his media and technology company, 371 Productions, produces feature-length documentary films. And in Janesville Lichtenstein found a story that he felt had to be told.

“The impulse for making As Goes Janesville was to tell the story of the American economy from the point of view of a community that I already knew somewhat and understood, a community that would stand in as a kind of microcosm for America,” Lichtenstein says. He set out to produce a film that could approach large-scale issues like unemployment, health care, and economic development from an intimate point of view by following five members of the Janesville community during the three years immediately following closure of the GM plant. “You see the economic numbers and policy reflected in real people, in real time,” Lichtenstein says. “These are real people whom you cannot ignore.”

In As Goes Janesville, Lichtenstein’s lens focuses on Angie Hodges and Gayle Listenbee, two technicians from the Janesville GM plant who are among the 750 former workers given the option of transferring to another GM plant. We see the difficult choices and sacrifices Hodges and Listenbee make as they are driven South by a pair of numbers: $28 and $9. The former is what the average GM Janesville technician earned per hour, the latter the per-hour wage a job center staffer tells Listenbee she can expect to find in post-GM Janesville.

Cindy Deegan, laid off from an aluminum fabrication company that closed along with GM, deals with her unemployment by enrolling in a medical lab technician training program at Blackhawk Technical College. Lichtenstein chronicles Deegan’s struggles as she races against the clock to finish her training and find employment before her unemployment benefits run out. A promise to her teenage daughter to send her to college along with unforeseeable medical expenses stack the odds against Deegan in her search to regain financial security.

Throughout As Goes Janesville, Lichtenstein interweaves with the three displaced workers' stories two more story lines that provide economic and policy perspectives. The first is that of Mary Willmer, a local M&I Bank (now BMO Harris) president working with Janesville business and community leaders to create Rock County 5.0, an economic development coalition designed to attract new businesses to the region. Footage of Willmer shows a woman determined to remain optimistic about the future of Janesville. She sees the GM plant closing as an opportunity for Janesville to reinvent itself and bring growing firms into the area. Lichtenstein follows Willmer and the Rock County 5.0 coalition as they pitch the city as a prospective site for Shine Medical Technologies. A startup company expected to bring 125 jobs to the Janesville, Shine eventually agrees to a $9 million incentive package approved by the Janesville City Council.

On the policy end of things, Lichtenstein captures Democrat Tim Cullen’s run for the Wisconsin State Senate. In the hope of representing the 15th District, which includes the Janesville area, Cullen lays out a campaign focused on creating jobs and fostering bipartisanship. As Goes Janesville traces Cullen’s campaign, his election, and his first days as a senator as he struggles to find commonality with business leaders and Senate Republicans on job creation efforts.

When people’s livelihoods are on the line, there is bound to be controversy, and Lichtenstein’s camera encounters plenty of it. As the filming of As Goes Janesville progressed, Lichtenstein began to see that Janesville was a microcosm of the United States not only in the challenges it faces in a post-industrial economy, but also in the ways in which toxic political discourse had tainted constructive discussion of any kind. “What we discovered is that Janesville is emblematic of America in terms of the political polarization that has really stymied progress in this country towards creating a better economic future,” he says.

However, Lichtenstein hopes that As Goes Janesville will help spark constructive discussions across the state and nation about the realities of our changing economy and labor market. “The reason I make films is to engage people in discussions and activities that can advance the greater good,” he says. “The act of making a film is really just the first step, it’s to create something that becomes the catalyst for discussion. ... I’m interested in bringing people together who don’t normally get together.”

In the end, it’s this attitude that guides the film’s trajectory. Even former GM plant worker Angie Hodges and M&I executive Mary Willmer-Sheedy—two women who appear to be polar opposites at times—profess the same motivation for their actions: their love of Janesville. Their affection for the city shows as Hodges as Hodges, a single mother, decides to keep her house in Beloit even when she moves to Fort Wayne and as Willmer and her daughter talk about how they couldn't imagine living anywhere else but Janesville. Lichtenstein noes that Hodges and Willmer really reflect two perspectives of Americans working for the good of their own community and that a recent Pew Research Center study "show[s] that the Republican and the Democratic parties are far more polarized than people themselves."

Lichtenstein hopes people will see As Goes Janesville as a call to action, an entreaty to put aside differences and add one's voice to the discussion. Only then, the film seems to intimate, can America's new economy emerge.

Look for As Goes Janesville to make its national television debut on PBS's Independent Lens on November 5, 2012. In the meantime you can watch the ten-minute trailer by visiting asgoesjanesville.com.

Katie Ginther is the editorial assistant at the Wisconsin Academy.  Katie has worked on many freelance web design, graphic design, web content management, and writing projects over the past 3 years, including past contributions to Wisconsin People & Ideas. 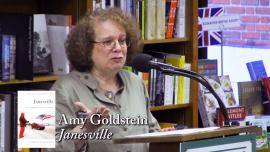