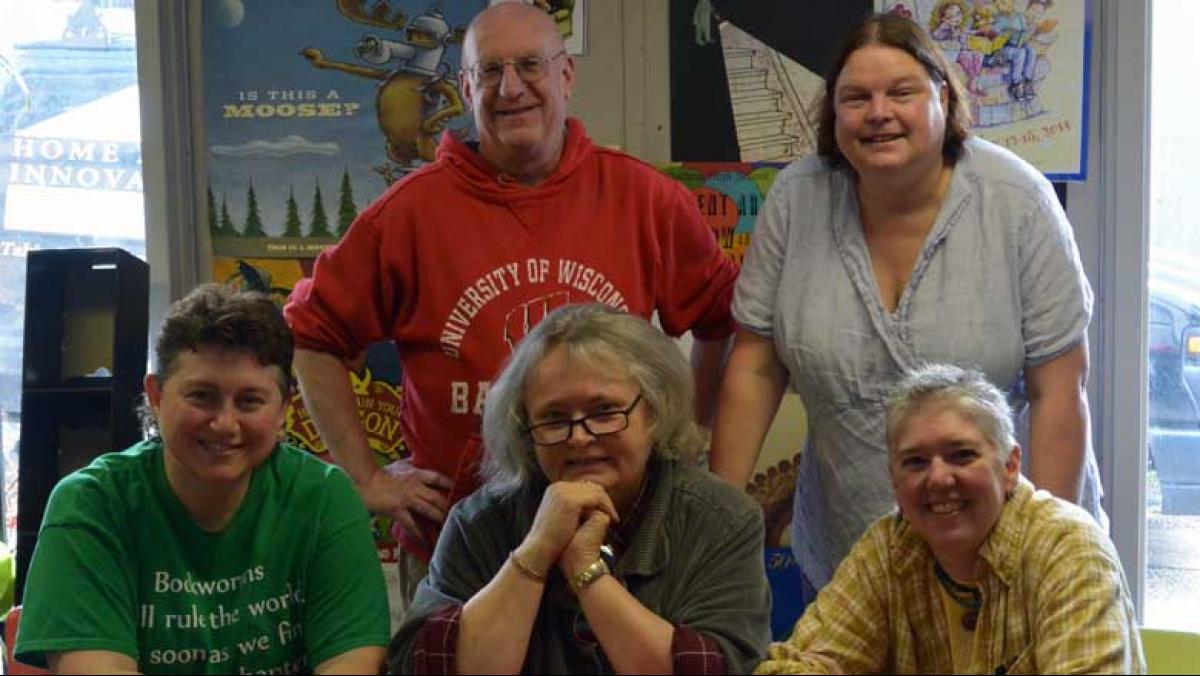 It wasn’t long after Brian Roegge lost his job as a credit union manager that he and wife Sue began weighing the risks and rewards of opening an independent bookstore.

“We looked at bookstores for sale all over the Midwest, including one in Illinois near my parents,” says Brian. “The owners wanted too much money, so we got to thinking, Let’s start our own. We knew we wouldn’t get rich off of it, but we are both avid readers. Friends and family were often asking us for advice about what to read, so it made sense.” The couple, who live in St. Paul, Minnesota, had spent time meandering the streets of Hudson, a historic town on the Wisconsin side of the St. Croix River, and thought the location ideal. “We found that Hudson had a healthy business climate, a lot of visitors and no bookstore,” says Brian. “We both thought, Let’s do this.”

They settled on a storefront location on 2nd Street (essentially Hudson’s Main Street), right next to a music store and a popular restaurant. Opened in 2011, Chapter2Books was a hit with tourists and locals alike. One of their defining features was a large storefront window chock full of interesting displays, always drawing in passers-by. The store quickly became a gathering spot for a community of readers and best-selling to self-published authors, hosting readings by Ellen Hart, William Kent Krueger, Susan Toth and others. Events like story time and writer’s workshops helped the business survive, even thrive, during the colder months.

Things were going well. So it was a surprise when in February 2014 the Roegges received a notice that the building had new owners and was undergoing extensive renovations. As such, Chapter2Books was to vacate its 2nd Street location. Brian and Sue thought that their chapter as book store owners was coming to an end.

“We were seriously thinking [that] we just might have to close,” says Brian. “We couldn’t afford Main Street rents in this market.”

Sue took to the Internet, unsure of what she might accomplish. Using change.org, she started a campaign to garner signatures to petition the new owners for more time to move. “Almost four hundred people signed our petition,” she says. “While it didn’t persuade the new owners, we were very surprised and pleased that it generated a lot of awareness about our situation.”

Still, the shuttering of the store seemed inevitable. A final event in late February brought back visiting authors and customers from near and far to say farewell.

Just weeks before the store was officially homeless, Brian took a serendipitous detour from his usual route to work. He saw a new “For Rent” sign on the former Hudson Star Observer newspaper building at 226 Locust Street, just around the corner from the 2nd Street store.  Although the Locust Street space was in the building’s lower level and not quite visible from 2nd Street, it was huge.

Brian and Sue began a new chapter for Chapter2Books. A new lease was signed, customers helped Brian and Sue ferry books the two blocks to the new location, and Christiansen Creative (a local design firm) began work to help develop marketing materials for the new Chapter2Books.

“It was an ideal time to reintroduce them to the community,” says Tricia Christensen, principal of Christiansen Creative. “One of the challenges is that the new space is on a lower level, so we wanted visuals that are punchy, visible, and affordable to produce. We also developed a number of taglines, and the store selected ‘Embrace Pulp Culture.’… We love it.”

Now that they had a new tagline, Sue again harnessed the power of the Internet to connect with fans of Chapter2Books. Using the crowdfunding website Indiegogo.com, the store ended up raising about $4,000 for outdoor signage that draws more attention to the store’s below-street level entrance.

While the battle to keep Chapter2Books alive isn’t yet over, the new location seems to be working just fine. “We have been surprised that our events have been well attended,” says Brian. “We’re not sure why. Maybe it is because parking isn’t as hard to find as it was on 2nd Street,” he adds with a chuckle.

The Last Battle, C.S. Lewis’ final book in the 1950s fantasy series, The Chronicles of Narnia, reveals how the story, “in which every chapter is better than the one before,” lives on.

Much like the fans of the Lewis series, readers in the Hudson area hope that the story of Chapter2Books will live on, too.