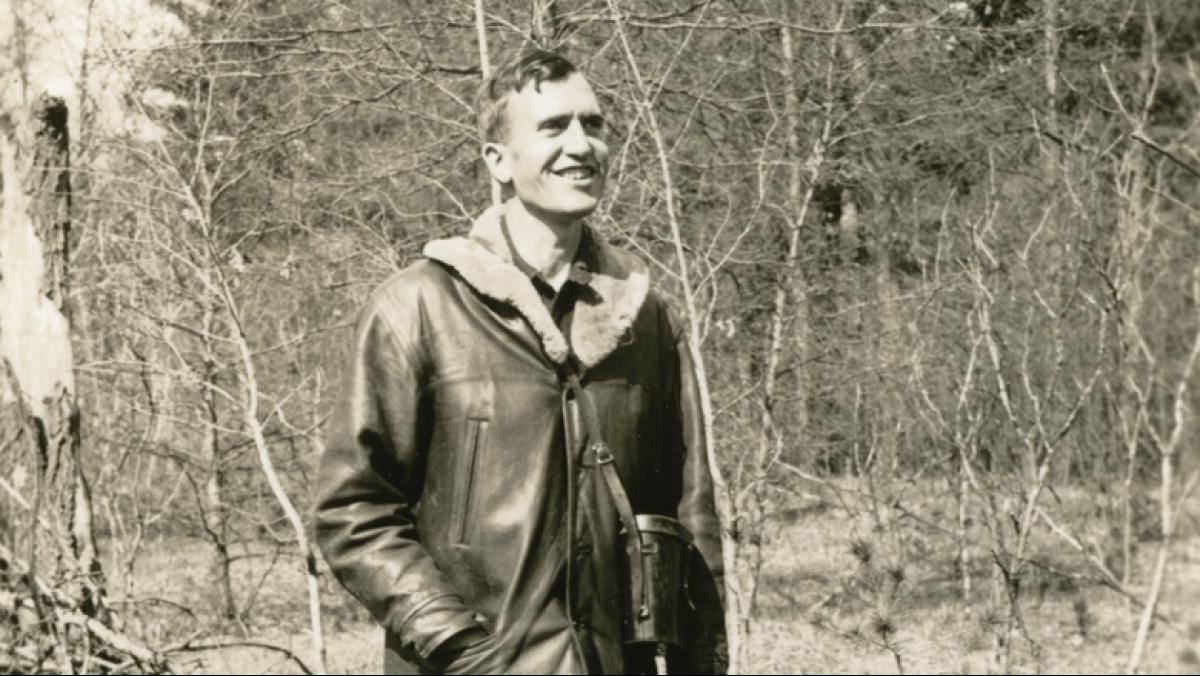 Franklin Schmidt, May 3, 1935. Photo courtesy of the Aldo Leopold Foundation and The University of Wisconsin–Madison Archives (ID S14477).

In Worden Township, just a few miles south of Stanley in Clark County, lies Schmidt Maple Woods. Named for the Schmidt family, these eighty-six acres of mature hardwood forest were formative to the life and career of the youngest member of the family, Franklin Schmidt, who grew up to become a pioneer in the field of game management.

Yet few today recognize Franklin Schmidt’s name or appreciate his conservation legacy. Perhaps this is because he died so young in a tragic fire that also killed his mother and a family farmhand. In Schmidt Maple Woods today, amidst an abandoned silo and the ruins of a barn, a lonely stone monument marks these tragic deaths with a quotation from Johann Wolfgang von Goethe’s 1822 poem “Wandrers Nachtlied II” (Wanderer’s Nightsong II):

In the woods the birds have gone silent.
Only wait a bit
And you, too, will rest.

To understand the legacy of Franklin Schmidt, one needs to understand the land on which he was raised. Schmidt Maple Woods in Clark County looks much the same today—a carpet of trilliums, trout-lilies, and hepatica covering gentle wooded slopes—as it did when patriarch George Washington (G.W.) Schmidt purchased it in 1906. After the glaciers receded ten or fifteen thousand years before, the first indigenous peoples lived here for thousands of years before the Europeans came and forced them from these lands. The lumberjacks who came through and cleared parts of the forest were followed by pioneer homesteaders who settled in to scrape a living from the soil, a heavy glacial clay with a thick layer of loam and humus.

A Professor of German at Lake Forest College in Illinois, G.W. had hoped to erect a boy’s boarding school in these woods. Instead, he began to work on clearing land for a farm and in 1907 moved his wife, Margaret, and three young sons—John, Karl, and Franklin—to Fernwold, the name for the family farm that G.W. created by combining fern (which also means a place that is far-off in German) with wold, an Old English word for woods (related to the German word wald). The name Fernwold reflected G.W.’s love of the German poet, novelist, and polymath Johann Wolfgang von Goethe. It was not to the Bible but to Goethe that the Schmidt family often turned for practical advice on how to live: “Ohne Hast, aber ohne Rast” (without haste but without rest) was likely a favorite maxim of theirs.

The first time he stepped on this land, six-year-old Franklin Schmidt’s mind and spirit came alive. Coming back from a walk in the woods, sometimes wet from rain and his face covered with mosquito bites, Franklin would bring a treasure to share with his family: a pretty flower, an unfamiliar seed or nut, an exotic rock, or the brittle remnants of an insect exoskeleton.

When Franklin wasn’t out exploring the natural world, he was reading about it. Even though it was a resource for teachers, Anna Botsford Comstock’s Handbook of Nature Study was one of Franklin’s favorite books. In 1913, at age twelve, he sent Comstock a letter about the ferrets he raised at Fernwold, describing how they would often run free in the home’s sitting room and hide under his father’s desk or curl up in his mother’s knitting basket. Comstock was so impressed with Franklin’s observations that she published them in her 1914 edition of The Pet Book.

Franklin’s appearance in The Pet Book could be considered the first of many scientific papers published during a brief but influential career inspired by the plants and animals of Fernwold. In a 1926 note published in the journal Copeia, Franklin listed seventeen species of reptiles and amphibians he’d collected in Clark County. He later described in a short note in the Journal of Mammology how he dug a pit in a hardwood forest, its floor “covered with a dense growth of ferns,” and caught a male woodland vole, Pitymys pinetorum (now Microtus pinetorum). His was the first record of this species in Wisconsin.

His paper on the small mammals of Clark County, published in 1931, is a detailed work, complete with maps of collection sites, geology, soil types, and ecozones. This comprehensive paper features a species list, methods of collecting, descriptions of stomach contents, and, in some cases, behavioral observations that reflected the zeal with which Franklin approached his work. For instance, he describes how the star-nosed mole goes about eating an entire earthworm in less than ten seconds and that, after being dropped into a tank of water, the mole immediately begins to scratch itself to fluff up its fur to dry. Franklin writes that while walking on a logging road he was surprised by a snowshoe hare that jumped out of the woods and collapsed dead in front of him. He suggests the snowshoe was probably weakened by the twenty-seven engorged wood ticks he found stuck to its ears.

Even before Franklin entered the University of Wisconsin in 1927 at age 26, he had gained invaluable experience beyond Clark County with a stint as a field naturalist with Chicago’s Field Museum. After graduating from the UW in 1930, Franklin enrolled in a graduate program in game management with Aldo Leopold as his mentor. During the early 1930s as a graduate student, he traveled across the state to promote the novel concept of “game reserves” and new ideas on science-based game management to attendees of Wisconsin Conservation Commission meetings as well as gatherings of local sportsmen’s clubs such as the Izaak Walton League.

When the droughts of the 1930s spawned fires that decimated southwest Wood County, Franklin joined the Wisconsin Conservation Commission in advocating for a game preserve there that would allow for prairie and sharp-tailed grouse to thrive in the open, less-forested lands. Through his experience with the Wisconsin Conservation Department and UW Department of Game Management, he understood the feeding habits of these native birds and made recommendations on how best to increase and maintain healthy populations. He captured and banded more than 100 birds and filmed their mating dances, on one occasion bringing Wisconsin Rapids Daily Tribune reporter Henry Fey along to hear what he called “the oddest tooting and booming noise you can imagine.”

In 1935, the 34-year-old Franklin drove from Madison to Fernwold with a briefcase full of papers on the ecology of Wisconsin grouse, which he planned to submit for publication in a few days. These manuscripts, supported by many pages of notes and photographs, were the backbone of his doctoral thesis in game management, and Leopold had assured Franklin that the papers were publishable. Indeed, as Leopold wrote in his 1936 tribute to Franklin in The Wilson Bulletin, “Franklin Schmidt knew more about the life history and ecology of the prairie grouse than any living man, and as much as any living ecologist knows about any American game bird.”

It seemed that Franklin’s doctorate and his dream of creating a nation-wide consulting service in game bird management were within reach. After years scraping by on fellowships and short-term jobs, he would at last have a regular income and the career he’d always wanted.

On the evening of August 7, 1935, the Schmidt family gathered at Fernwold to prepare for a trip to Mankato, Minnesota, for the funeral of G.W.’s mother. That August night Franklin’s nephews Robert and John and their friend Elwood Shaw from Chicago were also spending the night at Fernwold, as were farmhand Florian Brzuzan and maid Mildred Micke. Franklin’s brother Karl, a renowned field researcher for the Field Museum in Chicago, would join them in the morning after spending the night in Stanley.

As the sun came down on Fernwold that night, the house lights were switched on. G.W., a charter member of the local telephone association, had modernized both the house and barn by installing an electrical generator. That night the lights flickered more than usual. Several times during the evening the house went dark before the generator powered back up. One can imagine G.W. asking Florian to have a look at the power plant in the morning after milking. One by one, family members and guests retired for the night. Franklin climbed the stairs to his room and slipped into bed. They meant to get an early start to Mankato in the morning.

While the fire that consumed Fernwold is believed to have started in the knob-and-tube wiring, no one knows for sure. There are nearly as many versions of the details as there were newspaper reports. Common to almost all was that Margaret woke up around midnight and cried out that there was a fire. Her screams awoke the maid Mildred, who hurried to the barn for a ladder. Placing it against the house she tried to reach Margaret, Florian, and Franklin on the second floor but was pushed back by the flames.

Some say Franklin, after making his way out, ran back in to save his mother, and perhaps his papers as well, all of which were lost in the fire. Some say Franklin and his father escaped and both hurried back into the house to find Margaret, before G.W. led a badly burned John, Robert, and their friend Elwood to safety while Franklin was trapped inside. In the end, the fire killed Margaret Petersen Schmidt, farmhand Florian Brzuzan, and Franklin Schmidt, the brilliant young ecologist who, in the words of Leopold, “knew more than his fellow workers because he saw more keenly, thought more deeply.”

Though not as well-known as Leopold or John Muir, Franklin Schmidt deserves to be remembered as one of Wisconsin’s eco-pioneers. In addition to his discoveries of and insights about Wisconsin’s animals, his legacy includes the establishment of the 43,696-acre Necedah National Wildlife Refuge and the 9,150-acre Sandhill State Wildlife area near Babcock—places where our children, and future generations, can enjoy the natural world that Franklin reveled in and the species he fought so hard to protect.

Ken Parejko is a retired professor of biology at UW–Stout. He grew up in Rusk County with two avid pursuits: literature and the outdoors. Parejko is author of Monarch of the Butterflies—an exploration of monarchs that ranges across science, literature, and the arts—and is finishing his third historical novel. 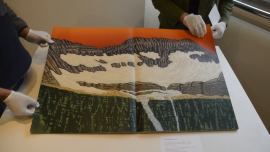 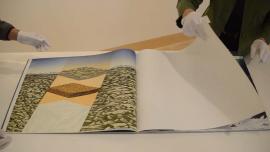 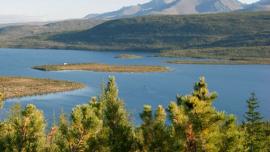 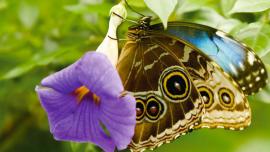