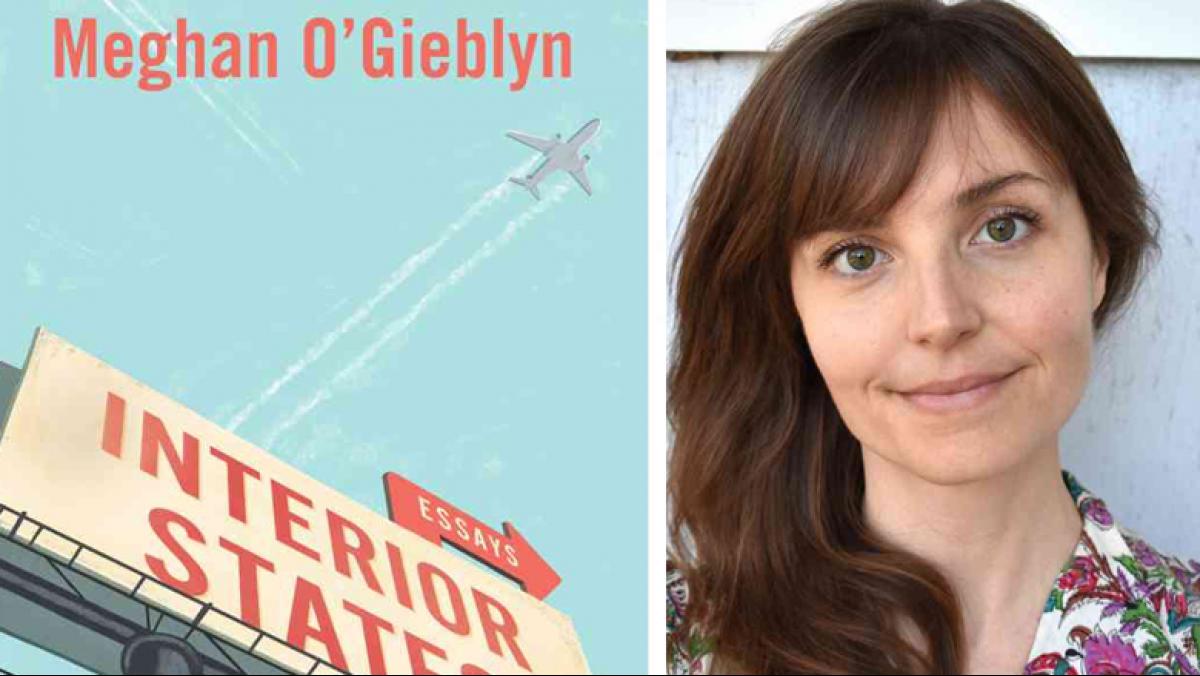 Meghan O’Gieblyn brings something more than a wicked sense of humor and a keen critical eye to her debut collection of essays, Interior States. Homeschooled in Michigan by evangelical Baptist parents, O’Gieblyn later studied at Moody Bible Institute in Chicago. After a crisis of faith, she dropped out of Moody and went on to attain a BA in English from Loyola and an MFA in fiction from UW–Madison. Even though she left the church, O’Gieblyn realized that there was no getting around the legacy of her born-again Christian upbringing. “Although I no longer espouse this faith,” she writes in Interior States, “it’s hard to deny the mark it has left on me.” The strength of her fifteen essays comes not only from their range—from social history and politics to literature and pop culture—but also from O’Gieblyn’s frankness in describing how her perceptions were shaped by, and through the absence of, her faith.

Interior States is not the work of an angry apostate determined to settle scores with her parents or her church. O’Gieblyn writes warmly of her fundamentalist childhood, even when those memories are accompanied now by bemused reality checks. “I wasn’t allowed to see The Land Before Time because it alluded to the Earth being billions of years old,” she recalls in “A Species of Origins.” She was raised on Bible-based creationism that insists the planet is only 6,000 years old. The provocatively titled essay “Sniffing Glue” (spoiler alert: it’s a metaphor) is a fan’s survey of the Christian-rock music scene of the 1990s, chock full of teenage enthusiasm for music “that ran the gamut from Christian rap to Christian pop to Christian rock.”

When the 9/11 terrorist attacks occurred, O’Gieblyn was a sophomore at Moody Bible Institute. While she did not lose her religion overnight, the attacks and the surrounding events further opened the fissures in her faith. “Biblical prophecy was revived by conspiracy theorists,” she writes in “Hell.” In the wake of the attacks, politics, Islamophobia, and apocalyptic preaching became inseparable. In “Exiled” she examines the evangelical beliefs of Mike Pence. His rise to the vice presidency “has marked the return of religion and ideology to American politics,” O’Gieblyn warns, and “reveals the zombie-like persistence of the Religious Right.”

“Ghost in the Cloud” is an essay of mounting anxiety and hallucinatory power. Dead-end cocktail waitressing in Chicago during the mid-2000s, O’Gieblyn was drinking heavily. There were blackouts and pills. “When I think back on that period of my life,” she writes, “what I recall most viscerally is an unnameable sense of dread.” Above all, an “overwhelming despair at the absence of God.” As her faith crumbled, she focused on the transhumanism movement: the ultimate Silicon Valley version of immortality through “mind uploading” in which “the pattern of your consciousness is transferred onto a computer.” What becomes increasingly clear in the essay is that her obsession with transhumanism—what she describes as a “techno-theological rabbit hole”—is part of the breakdown she was experiencing at the time.

O’Gieblyn has been hailed as an authentic voice from the Midwest, and her essays and reviews have appeared in The Atlantic, Harper’s Magazine, Los Angeles Review of Books, n+1, and New York Times. Taken together, the essays in Interior States have the cumulative force of a memoir by Mary Karr or Joan Didion. Meghan O’Gieblyn may have lost her religion, but in doing so she has found her own revelatory literary voice.

From the Director
Good Ancestors

Blog
Down to the River to Pray