The Importance of Local Action

As our federal government transitions to new leadership, experts continue to speculate and debate over what impacts this shift will have on a variety of institutions and policies. For instance, in the climate and energy field, what will this mean for the Clean Power Plan, the role of the EPA, and the Paris Climate Agreement and future Conferences of the Parties? Given the uncertainty at the federal level and the lack of a comprehensive statewide energy plan in Wisconsin, our state’s cities are increasingly important in making incremental progress toward sustainability and resilience, and providing examples for other communities to learn from and replicate. The City of La Crosse has been seriously addressing these issues for a decade, and continues to take smart local action to achieve its vision for a thriving environment and community.

In 2007, the City of La Crosse adopted The Natural Step as a framework to guide sustainable, equitable, and efficient community development. The Natural Step is organized around four guiding principles:

Embracing its new role in the global network of eco-municipalities, La Crosse set out to develop a plan and goals employing the Natural Step’s framework, as well as recommendations from the Wisconsin Energy Independent Communities. In 2009, the City and County of La Crosse adopted a joint Strategic Plan for Sustainability that established a number of specific sustainability goals, selected 2007 as the baseline year against which to evaluate impacts, and listed several governmental and community-wide indicators that could be tracked and measured over time to assess progress. The city aims to achieve a number of goals by 2025, including the following: 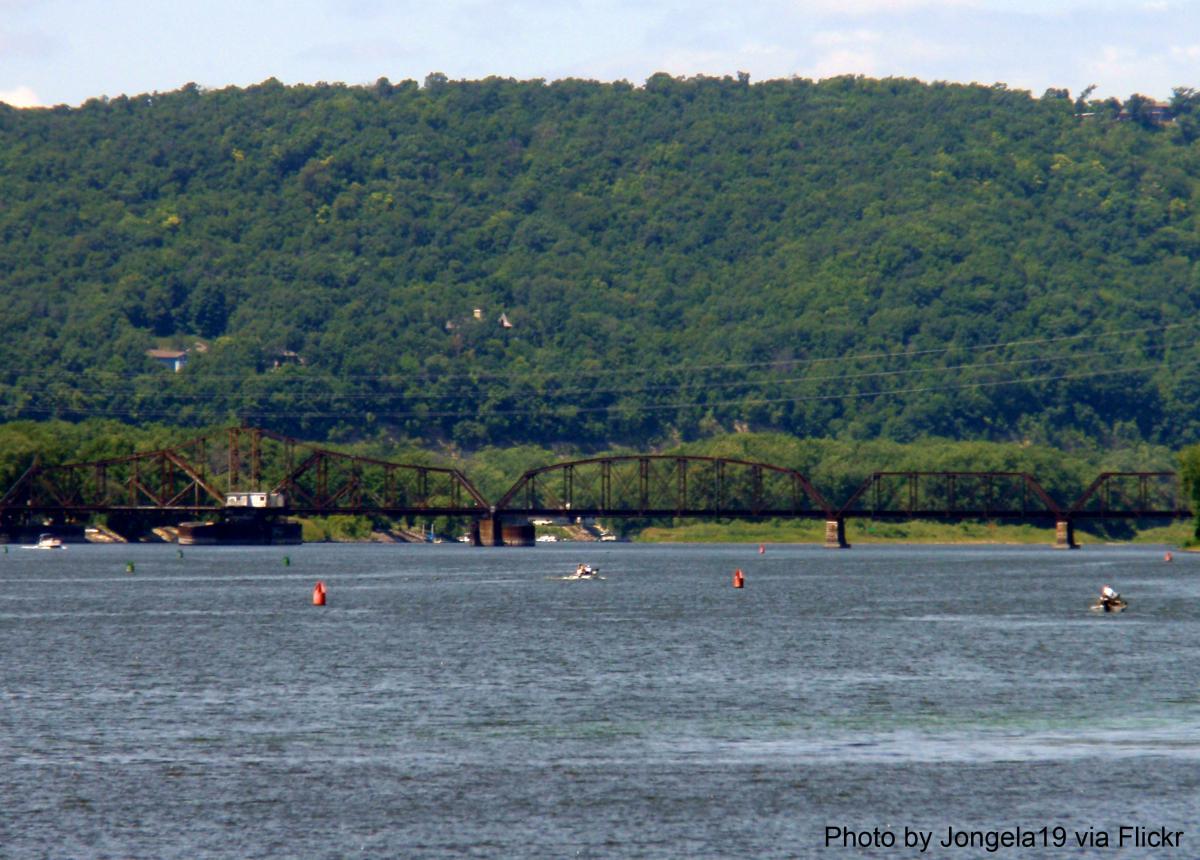 In the first several years of its implementation, the La Crosse Sustainability Plan has delivered notable results that have saved the city money, reduced its carbon footprint, and improved the health and wellbeing of the community. Completed in 2015, the 2014 Sustainability Indicators Report is the latest assessment of the progress that has been made toward meeting the city’s goals. Not only does La Crosse track environmental indicators pertaining to energy, water, solid waste, green purchasing, and land use, but aslo other social indicators—education, unemployment, poverty, and household income—that speak to how the sustainability plan impacts community wellbeing and reflects the holistic framework of the Natural Step and La Crosse’s Sustainability Plan.

As of 2014, the City of La Crosse has reduced electricity usage by 23% since 2007, saving about $180,000 per year. These savings were achieved by conducting energy audits of buildings, installing automatic light switches, switching to more efficient light bulbs, and installing variable speed motors at the wastewater treatment plant. A 3% reduction in natural gas since 2007 is saving $25,000 annually and was achieved though building energy audits, replacing HVAC controls in City Hall, and installing a new central air/heating system for La Crosse Center. Gasoline usage decreased 13% between 2008 and 2013, largely through the purchase of hybrid vehicles for the city fleet. Similarly, diesel use decreased 5% in the same time period through purchases of hybrid and more fuel efficient vehicles. The 2014 implementation of an automated cart system for trash and recyclable collection led to an 89% increase (from 2013 to 2014) in recycling and a savings ofy $125,000 in tipping fees by reducing more than 2,000 tons of trash. 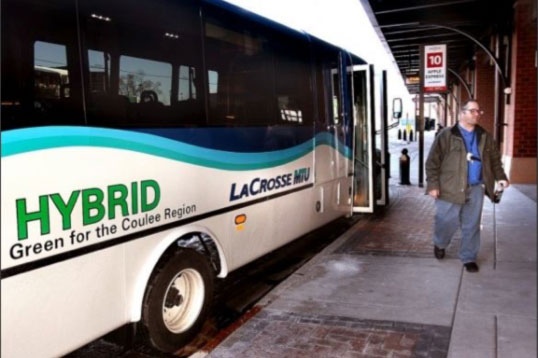 In 2011, La Crosse became the first city in Wisconsin to pass a green complete streets ordinance, institutionalizing the consideration of all users and green infrastructure in planning and design. This entails city staff reviewing street projects to identify opportunities to incorporate bike and pedestrian facilities, transit improvements, and measures such as permeable pavement (which helps manage stormwater runoff) that increase resilience.

The most significant lesson La Crosse has learned through the process of developing and implementing its sustainability plan is that environmental consciousness and cost-savings go hand-in-hand. For members of the community, it is important to know that local government is a leader in both environmental issues and efficient operation. Proactively integrating sustainability into city policy—as with the Sustainability Plan and green complete streets ordinance—ensures it is considered in key decisions and that there aren’t missed opportunities. While universal adoption of sustainability principles by city staff remains a challenge, the incentives in energy conservation and waste reduction—mainly cost savings and environmental benefits—continue to elicit support from the City Council and municipal staff.

“Leaders owe it to their communities to operate in the most efficient manner possible while preserving our natural resources,” says Mayor Time Kabat. “Adopting the Natural Step and our Strategic Plan for Sustainability has ensured the City of La Crosse is working to accomplish both of these goals.”

Tim Kabat is the 42nd Mayor of the City of La Crosse. In 1988, Kabat graduated from the University of Wisconsin at La Crosse with a Bachelor’s Degree in Business Administration. In 1990, he attended graduate school at the University of Illinois at Urbana-Champaign, graduating with a Masters in Urban and Regional Planning in 1992.