2016 was a record-breaking year in many respects. While it was the hottest year on record, last year was also notable for the greatest amount of solar capacity installed in Wisconsin. With decreasing costs and increasing employment opportunities, renewable energy is well positioned to take on a more significant role in Wisconsin. 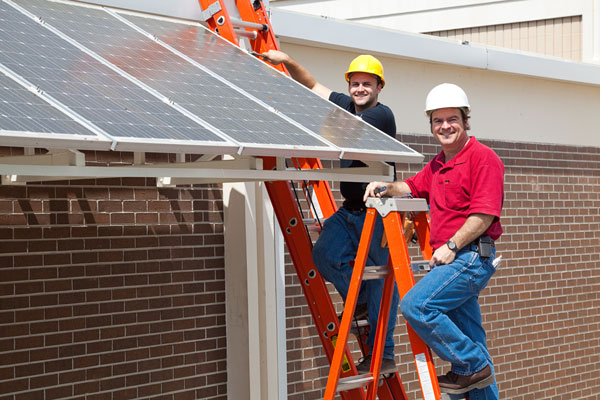 A recent study conducted by Lazard showed that the levelized cost of energy (LCOE)—which allows an apples-to-apples comparison across different types of power plants—for utility-scale wind and solar have now reached comparable or lower costs than conventional coal- and gas-fired plants. Moreover, the data supporting these LCOE comparisons don’t consider externalities like the costs incurred from fossil fuel’s contributions to air pollution and climate change, so if those additional impacts were incorporated, the renewable technologies would come out even more favorable economically.

Wisconsin’s electricity supply has been historically, and is currently, dominated by coal. According to the EIA, in 2015, about 56% of our state’s electricity generation came from coal. With Wisconsin’s electricity rates the highest in the Midwest, increasing the amount of inexpensive sources like wind and solar can offer a really sensible economic approach to diversifying our electricity mix and managing costs for consumers.

In addition to offering competitive electricity rates, the solar industry is creating many “green collar” jobs in Wisconsin and nationwide. According to The Solar Foundation’s annual “Solar Jobs Census,” there are currently 2,813 workers employed in Wisconsin’s solar industry. This includes jobs in installation, manufacturing, sales and distribution, project development, and other roles. While this represents a 45% increase from 2015, Wisconsin still ranks 26th in the nation, both for the total number of solar jobs in the state, as well as the solar jobs per capita. According to the Department of Energy’s “U.S. Energy and Employment Report,” nationally, the solar industry employs over twice as many workers as the coal industry, and a slightly higher number than the natural gas industry. 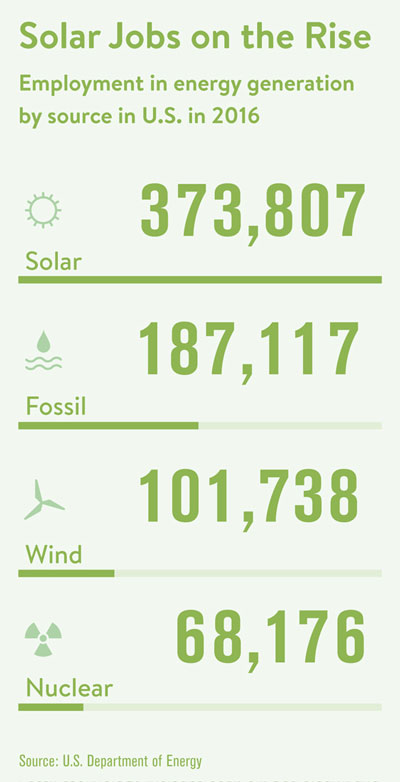 The solar installations that were completed or began construction in 2016 more than doubled Wisconsin’s total production. This momentum is continuing, with plans underway to bring more renewable capacity to Wisconsin. For instance, WPPI Energy and NextEra Energy Resources recently announced an agreement to build a 100 megawatt solar energy project, which will be the largest solar installation in the state. A 98 megawatt wind farm in Lafayette County, owned and operated by EDP Renewables North America, is expected to come online later this year, and will provide electricity for Dairyland Power Cooperatives’ members. While these and other new projects represent incredible progress in Wisconsin, our neighboring states are adding renewable capacity even faster. More and more, pursuing renewable energy installations makes good economic and environmental sense. That’s why regardless of an uncertain state and federal regulatory climate, renewables will continue to charge ahead as robust contenders in the mainstream energy industry.