Handelsman became professor and chair of the UW–Madison Bacteriology Department in 2007 and served in that role until 2009. She was co-founder of the Women in Science and Engineering Leadership Institute at UW–Madison and co-director from 2001 to 2007 and founded the Wisconsin Program for Scientific Teaching.

Among her many awards, she has received an Honorary Doctor of Science from Bard College in 2013, the American Society for Microbiology Graduate Microbiology Teaching Award in 2012, and was named one of the “Ten People Who Mattered this Year” by Nature in 2012. In 2011, President Obama awarded Handelsman the Presidential Award for Science Mentoring.

Her book, Entering Mentoring: A Seminar to Train a New Generation of Scientists, and associated course, are used by more than 150 universities in the United States. She was editor-in-chief of the academic journal DNA and Cell Biology. She’s also nationally recognized for her work on understanding implicit biases that shape scientist attitudes and their behaviors towards other people.

At Yale, Handelsman was a Howard Hughes Medical Institute Professor, the Frederick Phineas Rose Professor in the Department of Molecular, Cellular and Developmental Biology, and founder of the Yale Center for Scientific Teaching. For the last two years before her appointment at WID began, she was also the associate director for science in the White House Office of Science and Technology Policy. 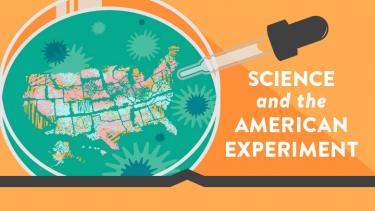