Dispatches from the Drownings: Reporting the Fiction of Nonfiction, by B.J. Hollars | wisconsinacademy.org
Skip to main content

Dispatches from the Drownings: Reporting the Fiction of Nonfiction, by B.J. Hollars 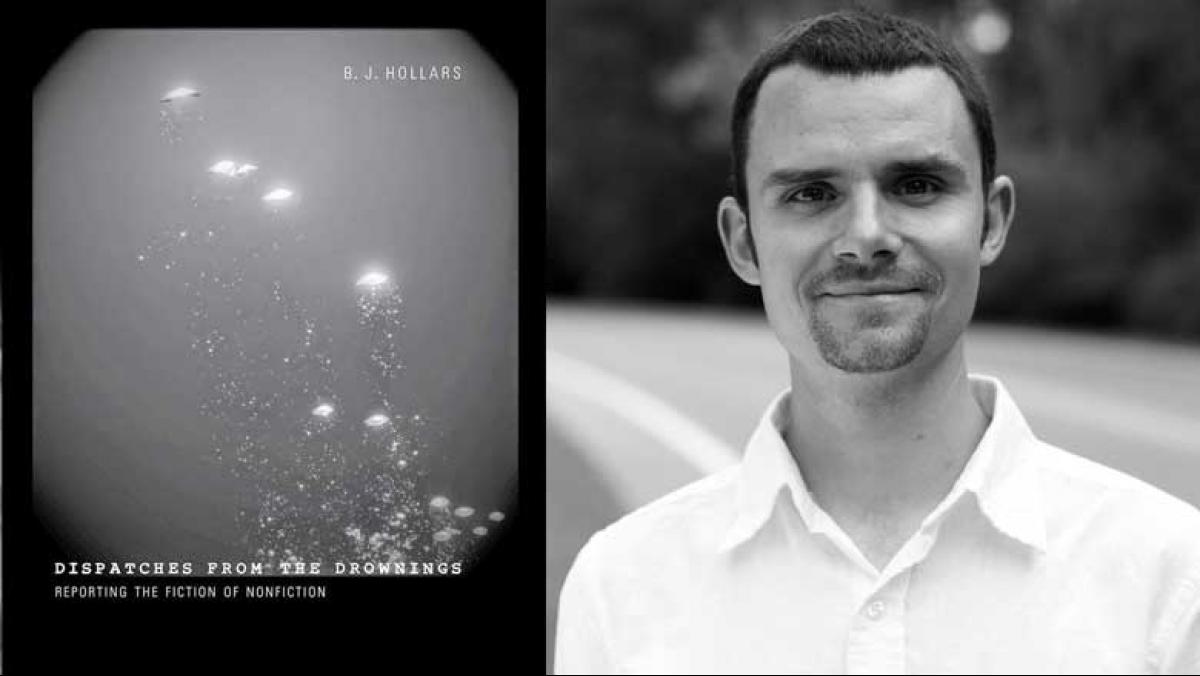 In late August of 1906, Mrs. Anna Carlton announced her intention to drown herself in the Chippewa River. Her disappearance soon after led many to believe she had followed through on her promise.

Dispatches from the Drownings: Reporting the Fiction of Nonfiction by B.J. Hollars contains one hundred such reports of drowning, mainly in the Chippewa Valley region, that occurred between 1875 and 1922. Seventy-five of these reports are true while twenty-five are completely fictitious. Good luck telling them apart.

An assistant professor of English at UW–Eau Claire and author/editor of five other books, Hollars first encountered his subject when several people drowned within weeks of his arrival in Eau Claire in 2011. He soon learned that drownings are common in river towns, which led him deep into local archives in search of historical drowning reports.

What struck Hollars more than the deaths, however, were the vast discrepancies in the details reported. Some journalists reported little more than a name and the body of water that claimed a life, while others drew from quotes by friends, neighbors, and family members to speculate on the psychological rationale behind the tragedy. For instance, how could a reporter have known that in 1885 sixty-year-old laborer Patrick Riley entered the river in a state of delirium, “hardly creating an additional ripple upon entering the frigid water”? Or that lumber baron Charles Bateman may have taken his own life due to declining health and business disputes in 1909? When does speculation become a substitute for truth? These are the questions that animate Hollars’ work.

Hollars aims to make readers reevaluate facts. He wants us to understand the choices that journalists and other writers make, even when telling the truth. Some facts are left in while others are left out for reasons of space, accuracy, instinct, interpretation, and even misreading of the event, particularly when those incidents happened in the past. Truth has its limits, even among those with the best of intentions.

The reports in the book are not taken verbatim from the source. Rather, Hollars rewrites them in a similar style and tone. Many of the stories are paired with photographs from photographer Charles Van Schaick, who photographed Wisconsinites in his Black River Falls studio from 1890 to 1910. Hollars make very clear that no person captured in the photo is the person in the adjacent news story, but its hard not to associate the two once you’ve seen them. Proximity creates a new fiction in the readers’ mind.

The reports are haunting. A young boy disappears on one page only to turn up a few pages later, a body discovered in the river. Most of the reports are less than a page long, yet are as engrossing as a short story. Paradoxically, not knowing what’s true made me care more for the people’s stories. The desensitization that can come from continual exposure to something seems counterbalanced by uncertainty. The photos—many quite strange in their own way—likely only enhanced this feeling.

Dispatches from the Drownings was partly inspired by Michael Lesy’s 1973 book Wisconsin Death Trip, which also pairs news reports with photographs from Van Schaick. The reports in Lesy’s book, however, are true and taken straight from the source. Selections from Edgar Lee Masters’ 1915 collection Spoon River Anthology, a compilation of poems written as epitaphs for the residents of the fictional town of Spoon River, serve as epigraphs for Hollars’ chronological chapters. Hollars’ homage to both Wisconsin Death Trip and Spoon River Anthology further illustrate the mutability of truth in telling the story of a place.

A strength of the book is that at no point do the stories feel like a quiz, a game designed to make the reader feel tricked—or worse, stupid. While some may see the book as a puzzle to solve, this approach seems to miss the point of Hollars’ exercise: critical thinking about an idea rather than the specific instances. Hollars even admits in the end that he can no longer remember which drownings are true and which are fabricated.

Dispatches from the Drownings is a book that demands more from a reader than acceptance at face value. By continually erasing and redrawing the line between fiction and nonfiction, Hollars forces readers to consider what truth means, whether truth is even possible, and, perhaps more importantly, why truth matters. 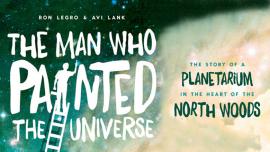 Book Review
The Man Who Painted the Universe, by Ron Legro and Avi Lank