News of the Air by Jill Stukenberg | wisconsinacademy.org
Skip to main content

News of the Air by Jill Stukenberg 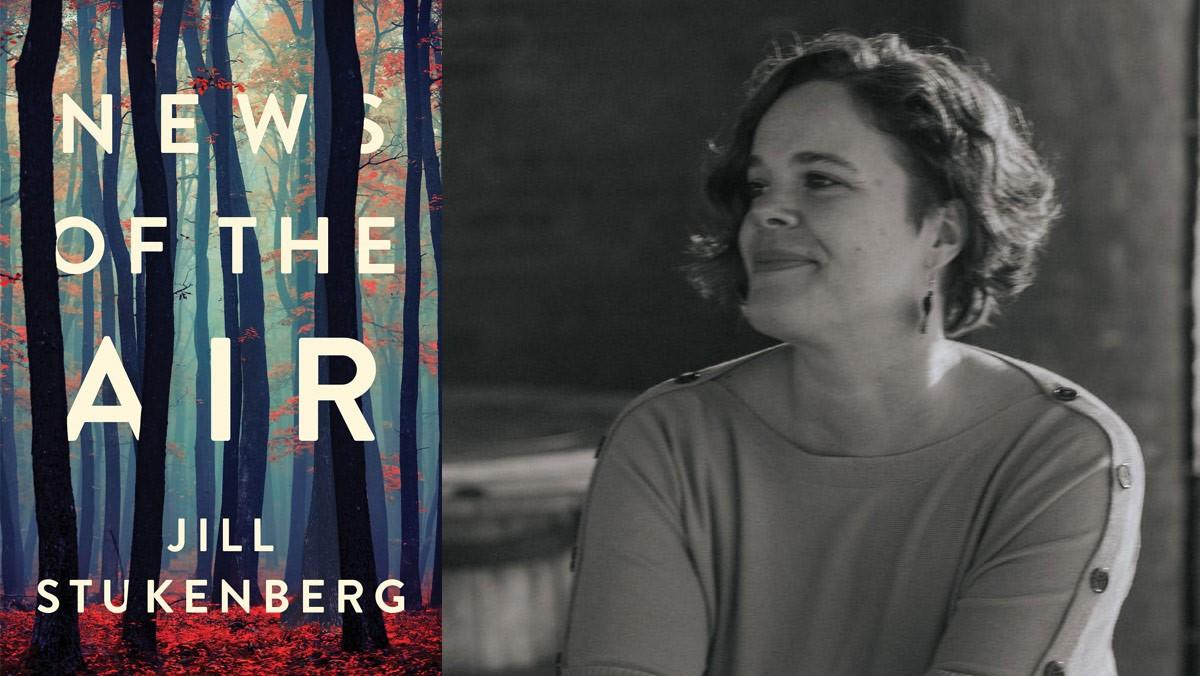 Unease crackles through an otherwise familiar Wisconsin Northwoods setting in Jill Stukenberg’s debut novel, News of the Air, winner of the Big Moose Prize from Black Lawrence Press. Allie and Bud abandoned Chicago almost twenty years ago to run a mom-and-pop resort in Vilas County, where the same guests book the same cabins year after year at Eagle’s Nest on Little Eagle Lake, and the area’s charm depends on its aura of unchanging rural sanctuary. Disquieting differences mark the end of the summer season when the novel’s action begins. This year, outsiders linger in the area past Labor Day. A girl in Allie and Bud’s eighteen-year-old daughter Cassie’s school orchestra has died. And a grandmother shows up by canoe with her two grandchildren, whom she’s rumored to have kidnapped.

As Allie, Bud, and Cassie uncover the reasons for these events, they rarely confide in each other. Bud, a former librarian, finds comfort in their backwoods community, while Allie counts on the area’s remoteness to keep her past hidden. Meanwhile Cassie knows nothing of the world outside her home county. Cassie is unaware of her mother’s politics, and what drove Allie out of the city before her daughter’s birth. Without a shared understanding of where they live, father, mother, and daughter take actions at cross-purposes with each other. Their family begins to fracture, and so does the wider community that has sheltered them.

News of the Air is set in a slightly altered present or a plausibly extrapolated near future. The climate crisis has spurred migration. While Allie fusses over planting pollinator-friendly plants, border checkpoints spring up on the routes to Michigan and Canada. Wealthy people barricade themselves into luxury compounds, and water issues plague Milwaukee. These problems are a little worse than present day, but nothing in the novel seems futuristic. Stukenberg renders the area around Little Eagle Lake, with its dripping trees, starry nights, battered pickup trucks, and rural taverns, as a familiar and recognizable haunt. It’s the Up North we think we know, though perhaps not for much longer.

News of the Air is a brilliant exploration of what it means to protect the young. The relationship between Allie and her daughter Cassie sears because it’s so ordinary. A mother who nags, a daughter who doesn’t listen—it shouldn’t be anything special, except that the earth is cracking between them. In the book’s climax, both Allie and Cassie are in flight, trying to help someone escape to Canada. In separate vehicles, with no way to communicate, they don’t realize that they have similar aims. Both of them listen to “the girl DJ from Houghton,” a radio host from a college that may or may not still be extant. “Any girl listening,” Allie thinks, “could imagine herself part of something larger, an audience of girls throughout the Northwoods, each alone in her truck, like the DJ herself alone in her station booth in Houghton.” Stukenberg’s novel plays out these tenuous connections, where to be part of something larger means actually having to deal with it.