Getting creative with Shake Rag Alley School for Arts and Crafts | wisconsinacademy.org
Skip to main content

Getting creative with Shake Rag Alley School for Arts and Crafts 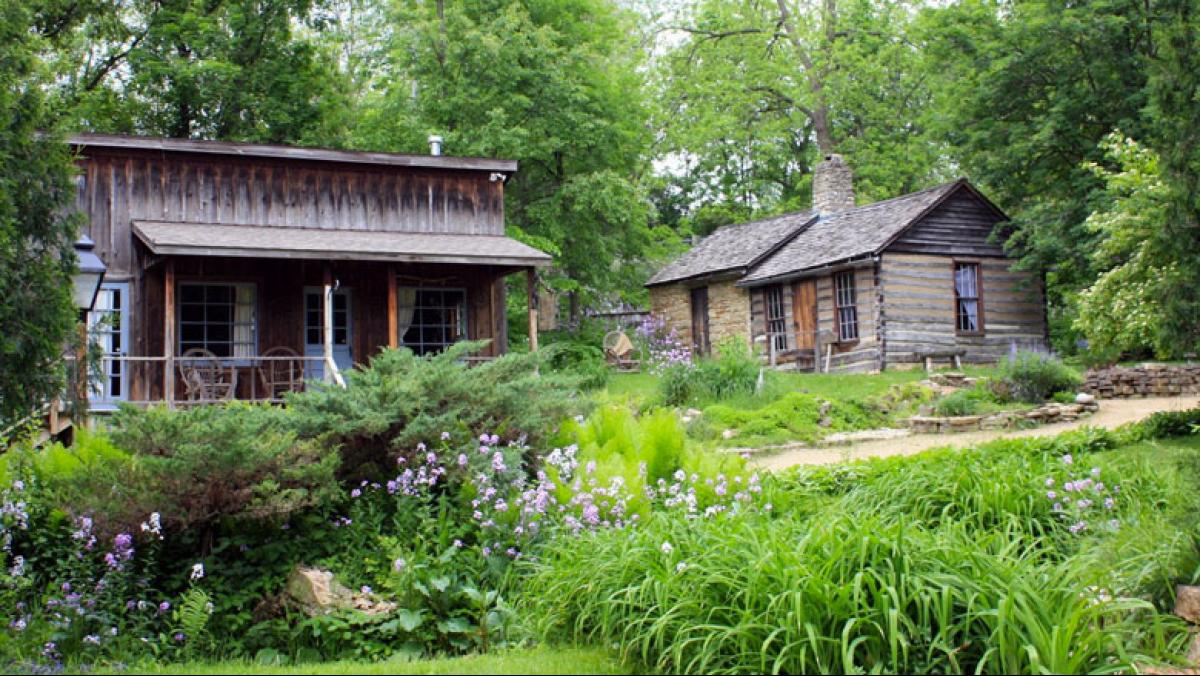 When a group of Mineral Point artists and community members got together on a chilly autumn evening in 2004 to found Shake Rag Alley School for Arts and Crafts, they had no idea they were at the forefront of a movement called creative placemaking.

A 2010 National Endowment for the Arts report describes creative placemaking as a situation in which “partners from public, private, non-profit, and community sectors strategically shape the physical and social character of a neighborhood, town, city, or region around arts and cultural activities. Creative placemaking animates public and private spaces, rejuvenates structures and streetscapes, improves local business viability and public safety, and brings diverse people together to celebrate, inspire, and be inspired.”

What began as a handful of after school arts programs for kids and weekend workshops for adults all held in a historic mining settlement (there’s a local legend that miners’ wives used to shake a rag outside their doors to call their husbands home for dinner) with beautifully landscaped grounds, has today grown into a national art center attracting students from across the country.

Shake Rag Alley currently offers over 200 adult workshops— everything from canning, to jewelry-making, to blacksmithing—on their 2.5 acre campus in the heart of Mineral Point as well as a robust summer children’s program, theater productions, and a host of special events.

A new addition to SRA’s program lineup is the Winter Writers Series, which was developed to promote and cultivate poetry and creative writing in the community by providing residencies for award-winning Wisconsin writers. In late 2011 SRA began partnerships with the Council for Wisconsin Writers and Wisconsin People & Ideas to provide week-long residencies for their annual literary contest winners. The Wisconsin Poet Laureate was also invited to attend two, one-week residencies as well. Residents were asked to stay on the SRA grounds, work on their craft, and provide instruction and/or inspiration to other writers.

“One of the things we’re trying to do as an organization is to provide some vibrancy during the winter months by creating activities based in art that bring people out of their homes and into the community,” says Don Hay, an SRA board member.

Noting that it can be difficult for small business owners to make it over the winter months, Hay says that SRA partners with the City of Mineral Point, the Mineral Point Opera House, and the public schools to create specific opportunities for the arts to be an economic driver, keeping Mineral Point an “active, energetic, and viable community all year long.”

Many of these opportunities revolve around the writers-inresidence SRA hosts. For instance, poet CX Dillhunt, the 2012 winner of the Wisconsin People & Ideas/Wisconsin Book Festival Poetry Contest, recently completed his residency at Shake Rag Alley and was surprised at how profoundly he was touched by the community.

“I teach fourth and fifth grade, so [the SRA board] asked me to visit the elementary school to read,” says Dillhunt. “I said to the class, ‘I’m going to read you something from my notebook, because I want you to understand that you have to just put stuff out there.’ But they were ready to work, so we started with some haiku. The kids went nuts, and it confirms what I believe: You treat students like writers and good things follow. Just last week I got a whole packet of poems from a class I worked with! Clearly the students’ positive response to these poems and the ensuing discussion is the result of a town that values poetry and the arts in general.”

“You hear a lot about creative placemaking these days—which is great—but we’ve been doing this in one form or another since we were founded in 2004,” says Hay.

For more information on Shake Rag Alley School for Arts and Crafts or to find a complete schedule of events and classes, visit shakeragalley.com. 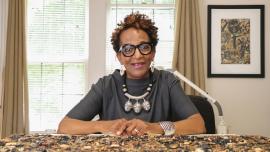 @ the Watrous Gallery
The Many Faces of Sharon Kerry-Harlan 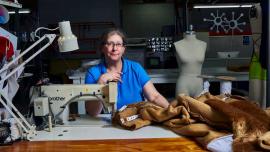 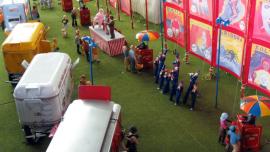 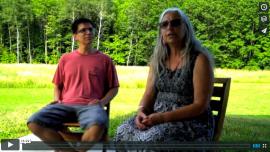 Video
Beading Culture: Iroquois Raised Beadwork and the Next Generation