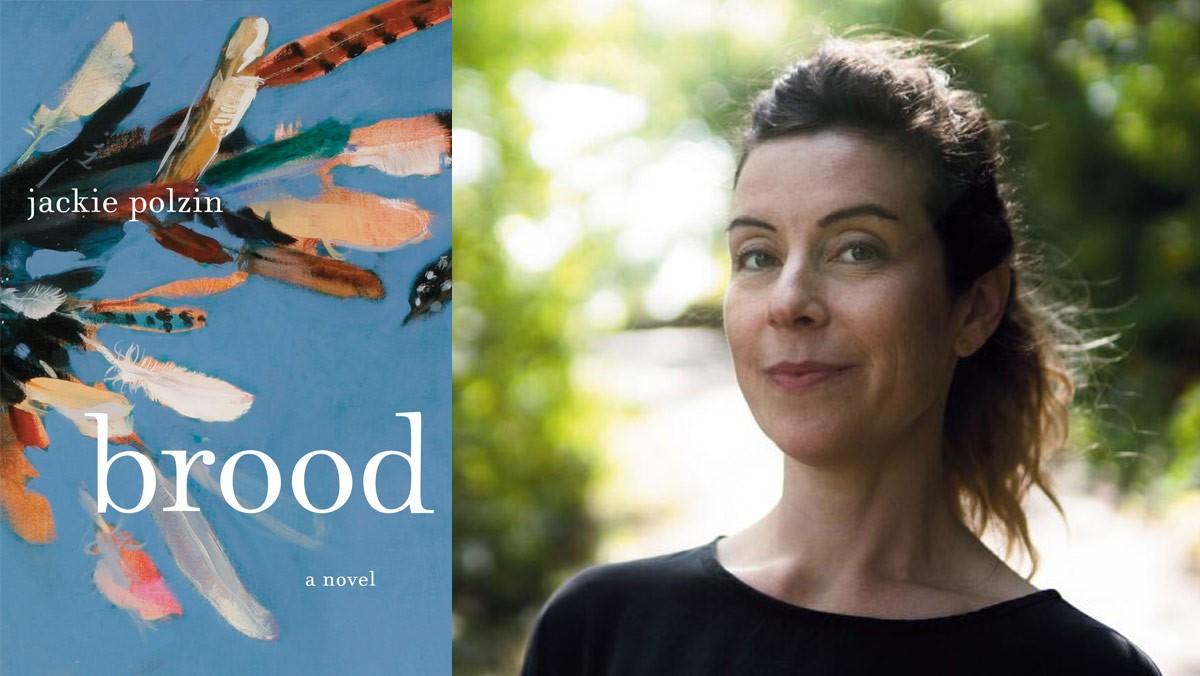 The narrator of Jackie Polzin’s memorable first novel, “Brood,” pays exquisite attention to the seemingly ordinary world around her. Her husband, an academic, builds a chicken coop behind their home in a deteriorating neighborhood of North Minneapolis. She examines the shades of red in the combs of two of their four backyard chickens. “Gloria’s comb is the exact powdered red of a fresh stick of gum, whereas Darkness’s comb has the waxy pallor of a plastic toy left too long in the sun.”

Over the course of a year, the unnamed narrator tries to protect Gloria, Darkness, and the couple’s two other hens—Gam Gam and Miss Hennepin County—from frigid winter nights and hot summer days, from a watchful hawk and a tornado, from disease and from her own incomplete knowledge of how to care for chickens (at one point she discovers she has been giving her brood a diet of grains that is the equivalent of feeding them Twinkies).

“Life is the ongoing effort to live,” she says. “Some people make it look easy. Chickens do not. Chickens die suddenly and without explanation.”

The narrator, who has suffered infertility and a recent miscarriage, cleans houses for a friend who sells real estate and, often alone, struggles with the loss and the likelihood that the family life she envisioned no longer is possible. “I had hoped to outweigh the risks of pregnancy at my age with sheer desire…All would be well because I wanted it completely.”

This is a slender book, spare but by no means slight. Brood, with a perfect title of multiple meanings, is a quiet, powerful reflection on life and death, loss and grief, and the truths to be found in the quotidian.

Polzin, a native of Black River Falls, infuses the novel with originality and wry, often dark, humor. We come to feel how fleeting and fragile it all is, even as the day-to-day plods along, familiar and seemingly mundane. For much of this story, which is told in vignettes that aren’t always chronological, the narrator and her husband, Percy, are waiting to see if the prestigious California college at which he interviewed will hire him. If so, and they move there, will her mother take in the chickens they’ve managed to keep alive?

The narrators’ mother is a flinty former home economics teacher who is obsessed with not buying anything she can make herself. The result is a refrigerator that is “always almost bare, whereas the freezer overflows with a historic record of near-spoil.”

The idea beats the practice of it. “Like any of Percy’s theoretical models—he cites my mother as proof of voluntary simplicity—it is a lovely lofty idea that shatters completely upon contact with the real world.”

The narrator is alert to those ironies. She sees it in her job mopping kitchen floors and wiping down bathrooms. Dust is inevitable, she knows. Its absence is not.

“We think of cleanliness as a return to order,” the narrator observes, “when, in fact, it is a new and momentary order

Marja Mills is a journalist and author. Her memoir, The Mockingbird Next Door, was a New York Times bestseller. It tells the story of her friendship with Harper Lee and her sister Alice in their Alabama hometown.