Holding My Selves Together: New and Selected Poems by Margaret Rozga | wisconsinacademy.org
Skip to main content

Holding My Selves Together: New and Selected Poems by Margaret Rozga 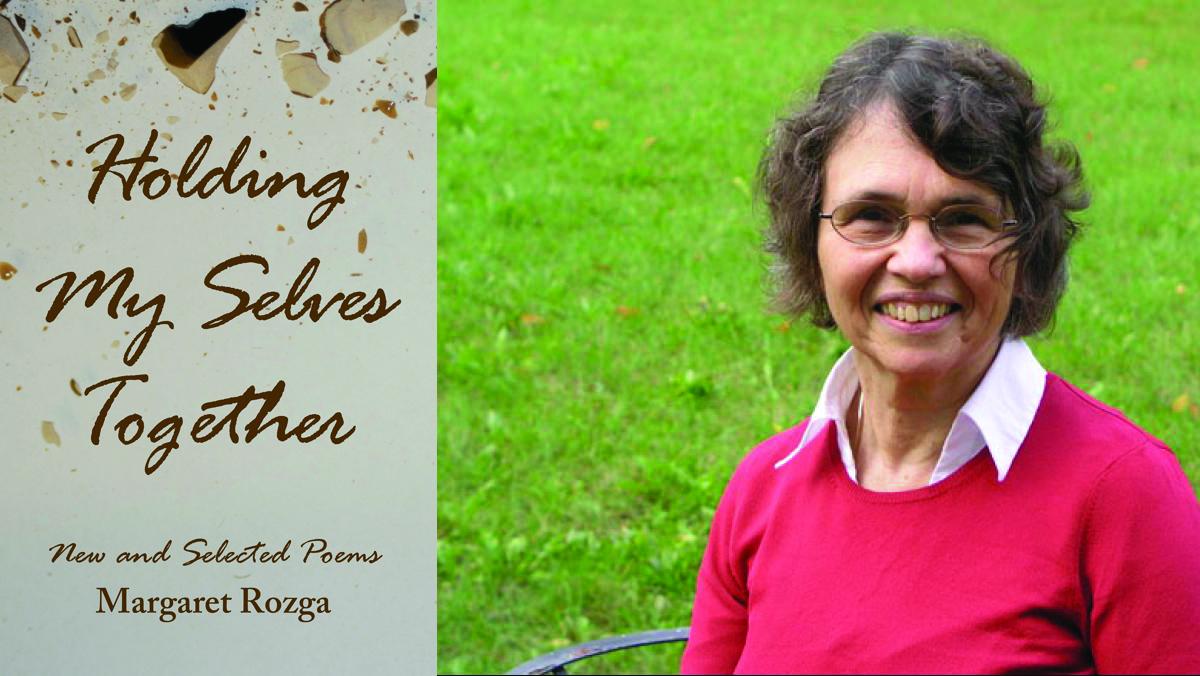 Margaret Rozga’s latest collection consists of poems from three previous collections—200 Nights and One Day, Justice Freedom Herbs, Pestiferous Questions: A Life in Poems—as well as newer poems, some of which she wrote during the pandemic.

Published by UW-Stevens Point’s Cornerstone Press as part of their Portage Poetry Series, Holding My Selves Together, contains some of the most imaginative and refreshing poems I have read in a long time. Separated into four sections, the collection begins with “Alice Marathons,” a series of poems woven into the narrative of Lewis Carroll’s Alice in Wonderland. The poems in this section play with white space and employ breaks and em dashes, asking the reader to participate in the past, present, and future of this poetic dialogue. A poem titled “Bigger Questions,” like others in this collection, reflects a concern with social justice:

In the final section, in “Future / Present / Past: A Cento,” Rozga has conversations with other contemporary poets who share her social justice concerns. And in the poem, “Awake,” she displays a fresh and imaginative take on Alice in Wonderland, bringing it into our current cultural moment:

Alice, you just dreamed you fell and didn’t
know when, how, or where you’d stop.
Now that dream is playing out
on our ground, not under.

In the poem, “Grounding,” the poet writes, “One does not win. /      The race is bigger than that.” Here, as elsewhere in the collection, Rozga’s use of white space is intentional. The caesura, the five-space indent, creates a space for the reader to pause and reflect. Sometimes a reader needs a pause for words to land—and the poet needs to make space for that landing. Master poets such as Rozga know this, and can deliver their poems in such a way that the reader feels the gravity of each word.

The Alice poems alone could make a collection, but there is much more here. We know from her time as Wisconsin Poet Laureate that Rozga is a generous poet, and in this collection, she gives us poems from all the times in her life. Sometimes we are in a memory, sometimes we are in the present, sometimes the poems collide in a beautiful and poignant way and offer hope for the future. The poems in this collection are exquisitely crafted, and I will be studying their construction—and what the poet has to share—for a long time.

Angie Trudell Vasquez is a Mexican-American writer and the current poet laureate of Madison. She holds an MFA in poetry from the Institute of American Indian Arts.