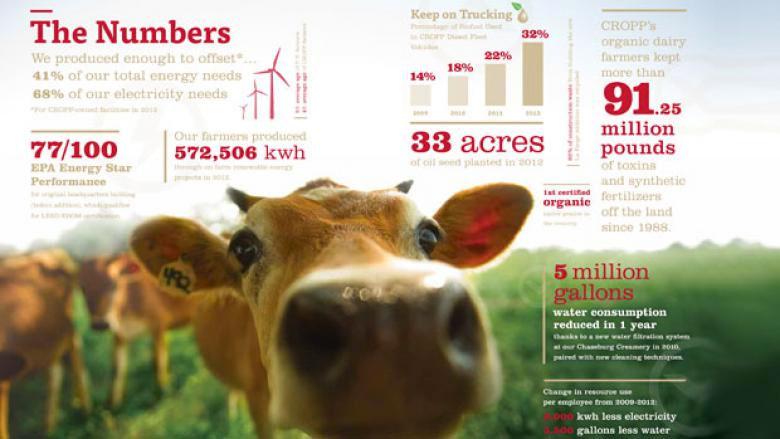 The Cooperative Regions of Organic Producer Pools (CROPP) is a farmer-owned and -governed cooperative that produces and markets organic food under the Organic Valley and Organic Prairie brands. It was formed by seven farmers in 1988—a time when family farms were on the brink of extinction—in the belief that a new, sustainable approach to agriculture could help family farms and rural communities survive. Now, with nearly 2,000 member farmers, they continue to base decisions on the health and welfare of people, animals and the earth. CROPP farmers practice pasture-based farming and holistic animal care, which are healthy for animals and for ecosystems and also contribute to soil carbon sequestration.

“If a company is going to make a difference in today’s world, it’s going to have to think differently,” says George Siemon, CROPP Cooperative’s CEO and one of its founding farmers.

While sustainability is typically associated with energy, CROPP formed its sustainability concept on the “triple bottom line” philosophy of environmental, social, and economic benefits. They have been tracking sustainability metrics for several years and taking action where it counts.

As a leader in sustainable, organic farming practices, CROPP took its model for delivering regional dairy products to regional markets and kicked it up a notch, marketing organic produce from the Upper Midwest to other regions in the nation. Organic Valley, CROPP’s major marketing label, had 43 regional milk pools across the US in 2011. As such, they lead the way in regional food distribution logistics, helping other regional food producers see ways that transportation logistics could result in greater fuel efficiencies. For instance, some of Organic Valley’s products, such as milk and eggs, are both regionally and nationally distributed. Because the co-op’s only soy members are in the Midwest, however, its line of soy milk products is largely confined to the region. There is no blanket rule, making overall operations and sustainability of the business complex and challenging.

Renewable biofuels, like sunflower and canola oil, make up an increasing percentage of CROPP’s energy mix, which includes electricity, natural gas, propane, and petroleum. CROPP has a lot of work to do to meet its goal of energy neutrality in CROPP-owned facilities by 2020, by which point CROPP will produce enough renewable energy to offset the equivalent of 100 percent of its total energy (fuel and electricity) needs for owned facilities.

Just as they support decentralized dairy production, CROPP advocates for distributed (or decentralized) energy networks as the path to energy independence and security. In Wisconsin, they are pursuing wind, solar, and biodiesel energy projects.

In collaboration with Gundersen Health System they developed Cashton Greens Wind Farm, the state’s first community wind farm. This two-turbine operation generates enough electricity to power 1,200 homes for a year. CROPP’s half of the energy generated by the wind farm powers the cooperative’s 81,000-square-foot headquarters and additional warehouse facilities in La Farge, plus the ten-story cold storage distribution center and its 75 offices in Cashton. In the first seven months of turbine operation, they produced enough wind power to offset 68 percent of the electricity in CROPP-owned facilities.

CROPP has been integrating biodiesel into local fleet vehicles (vanpools and grounds maintenance vehicles) since 2002 and growing their own oil seed crops since 2007. Extracted oil is processed into biofuel, with the byproduct providing a nutritious, high protein livestock feed. Currently 32 percent of diesel fuel used by CROPP’s local fleet is bio-based or straight vegetable oil. The goal is to increase that to 60 percent by 2015.

CROPP is developing “fuelsheds,” which are modeled on watersheds—topographically distinct land areas whose linked drainage ways flow to a larger body of water. In a fuelshed, fuel sources are sought that have proximity to their ultimate point of use and can be readily accessed. This concept is being developed in the Midwest and eventually will apply in all regions with co-op farmers. In these fuelsheds, oil seed crops will be grown, pressed, and used to benefit the greatest number of people with the least environmental and financial impact.

CROPP takes its social responsibility seriously, providing education about organic farming, giving to community groups, and supporting partners with related missions. A wellness program for employees offers fitness and other on-site personal wellness classes, encourages employees to grow their own food in the organic garden at the La Farge headquarters, and makes organic food accessible to employees during working hours.

CROPP/Organic Valley is there to serve its farmer-owners (cooperative members) and their communities. Organic Valley, which markets milk, cheese, other dairy products, meats, and produce, operates with a small profit margin, paying farmer-owners first. Farmer-owners are organized into pools according to their products and their regional location. Each pool contracts with the co-op for a target price based on the regional production costs and projected volume of product. The result of these contracts is stable prices for the producers.

The co-op’s standard arrangement is to have milk processed on contract with dairy manufacturing plants located close to the regional milk pools. Organic Valley prefers working with family-owned, independent processors when possible. It also contracts for transportation of both its raw milk and finished products. The co-op provides many services including helping farmers become certified organic and finding organic sources of livestock feed.

CROPP, with its wide range of farmers and marketing services, is the largest employer in Vernon County, providing stable employment in one of the most economically depressed areas of the state.

Most farmers are over 55 years old, but CROPP has a growing number of farmers under 35, what they call their “Generation Organic,” or Gen-O, farmers. These young farmers will carry on the legacy of organic farming and become the next generation of CROPP leadership. CROPP supports these farmers with educational opportunities, regional meetings, and technical assistance. In 2012, CROPP/Organic Valley formed a Generation Organic Executive Committee to advise the board on issues affecting the co-op’s young farmer demographic. 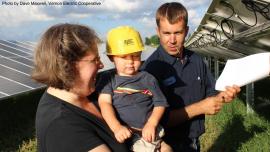 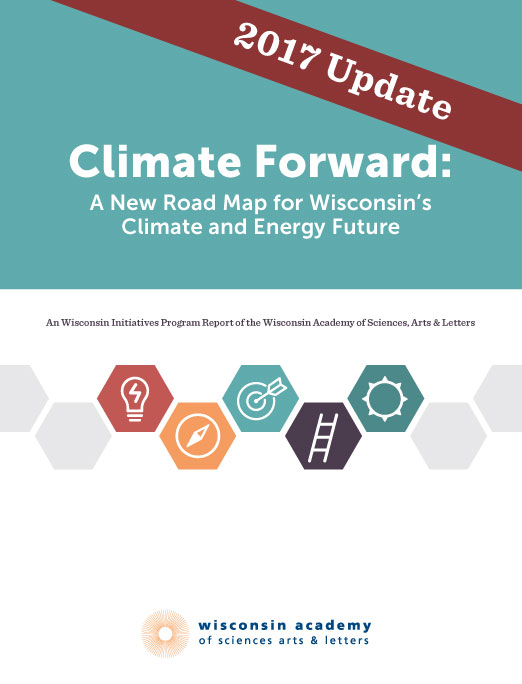 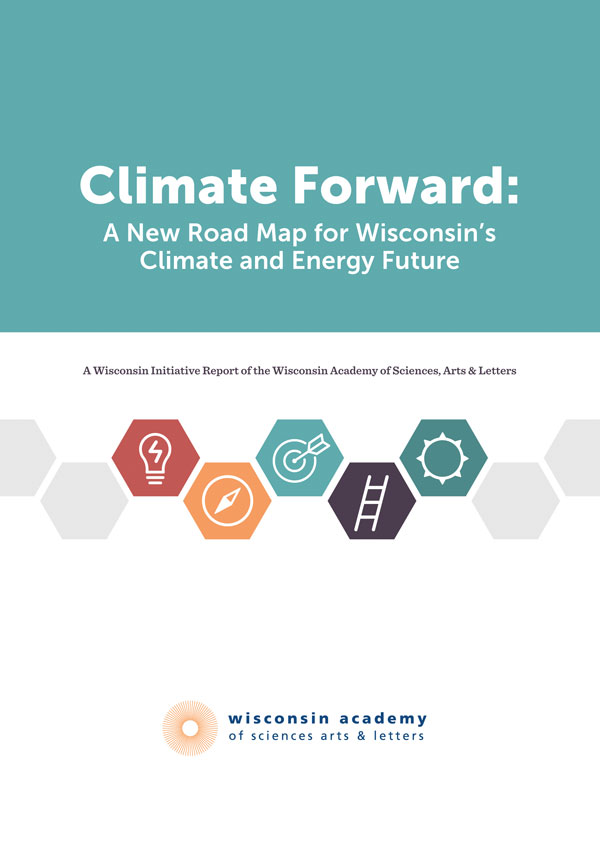