Curt Meine is a conservation biologist, environmental historian, and writer. He serves as Senior Fellow with the Aldo Leopold Foundation in Baraboo, and with the Chicago-based Center for Humans and Nature. He is also a Research Associate with the International Crane Foundation and Associate Adjunct Professor in the University of Wisconsin–Madison Department of Forest and Wildlife Ecology.

Meine received his BA in English and History from DePaul University in Chicago and his MS and PhD in Land Resources from the Nelson Institute for Environmental Studies at UW–Madison. His dissertation was published in 1988 as Aldo Leopold: His Life and Work (reissued in 2010). This work, the first biography of Leopold, received a number of awards, including the Wisconsin Historical Society’s Award of Merit, the Wisconsin Library Association’s Outstanding Achievement Award, and the Forest History Society’s Book of the Year Award.

After completing his PhD, Meine served in Washington with the National Academy of Sciences on programs involving biodiversity conservation, sustainable agriculture, and international development. Returning to Wisconsin, he worked with colleagues at the International Crane Foundation to develop the first global conservation action plan for cranes. Over the years Meine has worked with a wide array of nonprofit organizations, agencies, universities, and businesses, including the World Conservation Union (IUCN), the U.S. Agency for International Development, the World Wildlife Fund, and the American Museum of Natural History. He has served on the Board of Governors of the Society of Conservation Biology and on the editorial boards of the journals Conservation Biology and Environmental Ethics.

Meine also served as Director of Conservation Programs for the Wisconsin Academy of Sciences, Arts and Letters. In this capacity, he oversaw the Academy’s Waters of Wisconsin Initiative, a comprehensive, statewide review of the status and needs of Wisconsin’s aquatic ecosystems and resources.

In his home landscape he was a founding member of the Sauk Prairie Conservation Alliance, which has worked for more than two decades to chart a shared community vision for the future of the former Badger Army Ammunition Plant property. Meine’s work has been recognized with many awards, including the Bay and Paul Foundation’s Biodiversity Leadership Award and the Quivira Coalition’s Outstanding Leadership Award.

In addition to his Leopold biography, Meine has written and edited a number of books on conservation and environmental history, including Wallace Stegner and the Continental Vision (1998), The Essential Aldo Leopold (1999), Correction Lines: Essays on Land, Leopold, and Conservation (2004); and the Library of America collection Aldo Leopold: A Sand County Almanac and Other Writings on Conservation and Ecology (2013). He has recently coedited the bioregional anthology, The Driftless Reader (2017). Meine also served as narrator and on-screen guide for the Emmy Award-winning documentary film Green Fire: Aldo Leopold and a Land Ethic for Our Time (2011), which has appeared more than 1,000 times of PBS stations around the country. 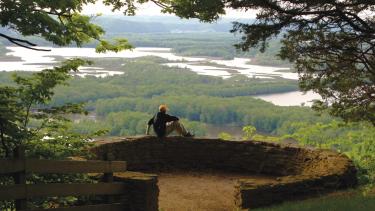 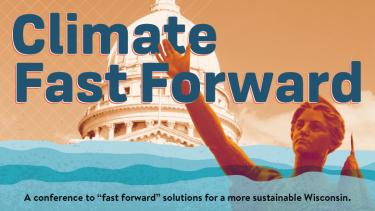 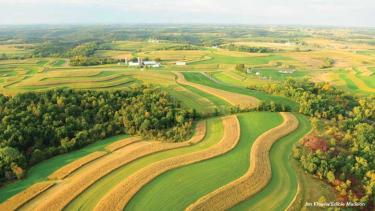 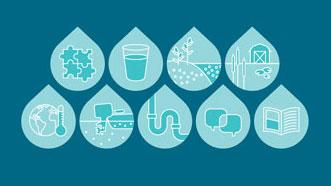 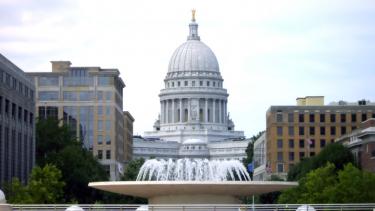 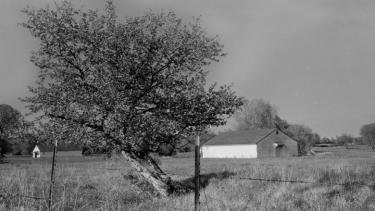 Essay
Of Connection and Renewal