Luna Leopold’s View of the River

Happy 100th birthday to a founding father of USGS hydrology.

No time seems more fitting than now—with the epic drought in California and major flooding from a nor’easter and Hurricane Joaquin—to pay tribute to Luna B. Leopold, the first chief hydrologist at the U.S. Geological Survey (USGS). On the occasion of his 100th birthday on October 8, he is still considered a pioneer of modern hydrology. More so than any other scientist, he set the course for the USGS approach to understanding river flows, groundwater and surface water interactions and the value of long-term data collection. Today, the USGS is the world’s largest provider of hydrologic information with a mission to collect and disseminate reliable, impartial, and timely information that is needed to understand the Nation's water resources. 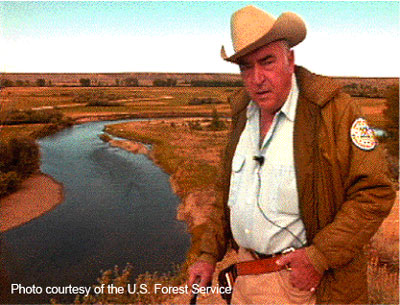 Born on Oct. 8, 1915 in Albuquerque, Luna Leopold lived a rich life.  From his renowned father, the biologist and author Aldo Leopold, he inherited a passion for outdoor life, a respect of craftsmanship, a highly disciplined curiosity, and an appreciation of the complex interactions of human society and natural systems.  From his mother Estella, he inherited a deep connection to the semi-arid landscapes and watersheds of the American Southwest, a rich Hispanic cultural tradition, and a keen aesthetic sense. These qualities would meld and develop over time, across an extraordinary career in the earth sciences. 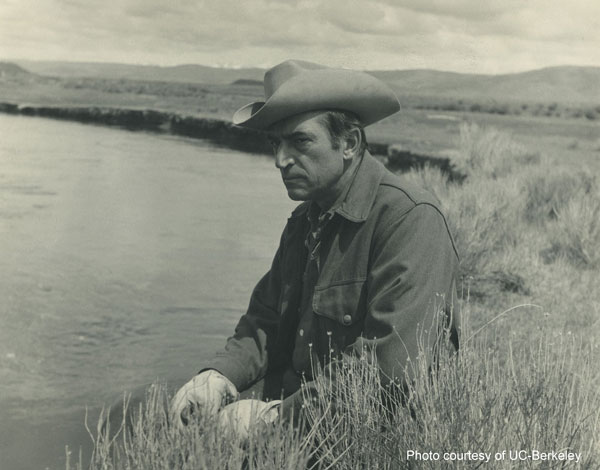 According to the Virtual Luna Leopold Project, “He was trained as a civil engineer (B.S degree), meteorologist (M.S. degree) and geologist (Ph.D.) and his publications reflect that blending of fields. His first publication in 1937 was entitled Relation of Watershed Conditions to Flood Discharge: A Theoretical Analysis and his most recent publication in 2005 was Geomorphic Effects of Urbanization in Forty-one Years of Observations. Few have written papers spanning 68 years, and fewer still have had such an influence on a field or on society.”

Luna Leopold’s creative intellect compelled him to explore the territory where science, policy, ethics, and environmental stewardship come together. In discerning the complex physical processes of stream formation and development, climate, precipitation, erosion, sedimentation, and deposition, he made connections to our human capacity to alter, or adapt to, hydrological realities. He understood that water science could not be separated from water managementand stewardship, which could not be separated from water ethics. On this he has been widely quoted: “Water is the most critical resource issue of our lifetime and our children’s lifetime. The health of our waters is the principal measure of how we live on the land.”

“The Stream Has to Have Change”
Late in his life (in 2004), Luna visited his sister in Wisconsin, the landscape made famous by their father in his classic work A Sand County Almanac, which Luna in fact had guided to publication. USGS hydrologist Randy Hunt and I enjoyed a fascinating conversation with Luna on the history of hydrology. Our notes from that extended interview included many details, but one quotation stands out. Luna said, “The stream has to have change.” 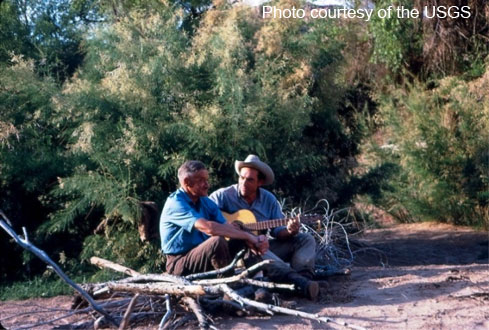 What he was referring to, of course, was our dominant historic tendency to reduce the inherent flux in stream systems, to manage flowing waters by controlling their dynamic variability. It is a fundamental lesson that several generations now of river managers and stewards have taken to heart and employed in restoration practice.

I suspect I highlighted that line in my notes, in part, because of its rich metaphorical potential.  Luna Leopold understood change. He saw the reality of change and the need for change. He was himself an agent of change. In his field work, in his policy work, in his teaching and writing and consulting, he came to a view of rivers, of water, and of our future, that called for change.  Through Luna’s understanding of science, history, and aesthetics, he came to perceive a “harmony in natural systems,” and held that “the desire to preserve this harmony must… be incorporated into any philosophy of water management, and I will call this, as did Herodotus, a reverence for rivers. If this is environmental idealism, then let it be said that I am an idealist.” 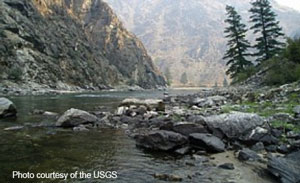 Wisdom from the Past Shapes the USGS Today
Leopold was best known for work on the geomorphology of rivers, the study of land features and the processes that create and change them. He initiated a new era in the study of rivers, one that involved quantitative approaches that spread to the broader field of geomorphology. His research related meteorology and climatology to landscape process, a concept that has become a central feature of geomorphology.  One of his better-known papers, The Hydraulic Geometry of Stream Channels, published in 1953, initiated a new era in the quantitative study of rivers and stimulated quantitative approaches in geomorphology generally. Revealing an orderly framework of river behavior, the paper provided a basis for observing rivers worldwide through objective measurements and data collection.
Leopold retired from the USGS in 1972, having had a distinguished 22-year career where his focus on research and interpretation of data made a profound impact on the earth sciences. His enthusiasm for rivers proved contagious, inspiring generations of colleagues and students to devote their talents to the pursuit of science and to its application for society. Following his USGS career, Leopold, became a professor in the Department of Geology and Geophysics and the Department of Landscape Architecture at the University of California, Berkeley. He passed away in 2006 at the age of 90. 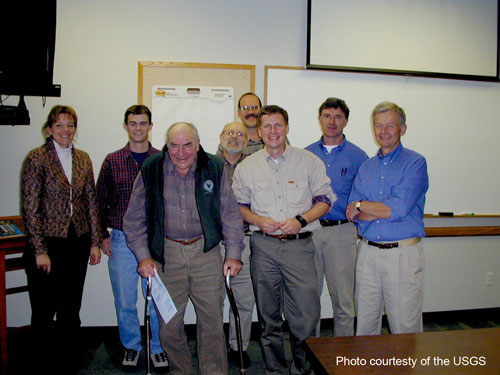 Today, as our nation is faced with the challenge of balancing a finite freshwater supply among competing needs, including agriculture, drinking water, energy production, and ecosystem health, we can appreciate even more Luna Leopold’s combination of field knowledge, leadership, and wisdom. His reverence for rivers, his way of connecting head and heart, has continued to inform new generations of scientists, policy-makers, land stewards, and philosophers who are extending his insights, exploring new dimensions in water ethics, and putting that ethic into practice. The stream has to have change. The change that Leopold helped to initiate and inspire must come. It comes more predictably, perhaps, in natural systems than in human ones. But now, as we come to know how the human and natural inevitably flow together, we can perhaps allow reverence and knowledge to flow together as well—as they did through Luna’s life.

Curt Meine is a conservation biologist, environmental historian, and writer. He serves as Senior Fellow with the Aldo Leopold Foundation in Baraboo, and with the Chicago-based Center for Humans and Nature.

About the WOW Blog

Welcome to the Waters of Wisconsin blog—an ongoing conversation with Wisconsin writers, policymakers, farmers, scientists, and others about our state’s shared waters. Through this series, we aim to feature great ideas and poignant stories to explore what healthy, abundant water means to Wisconsin and her people.