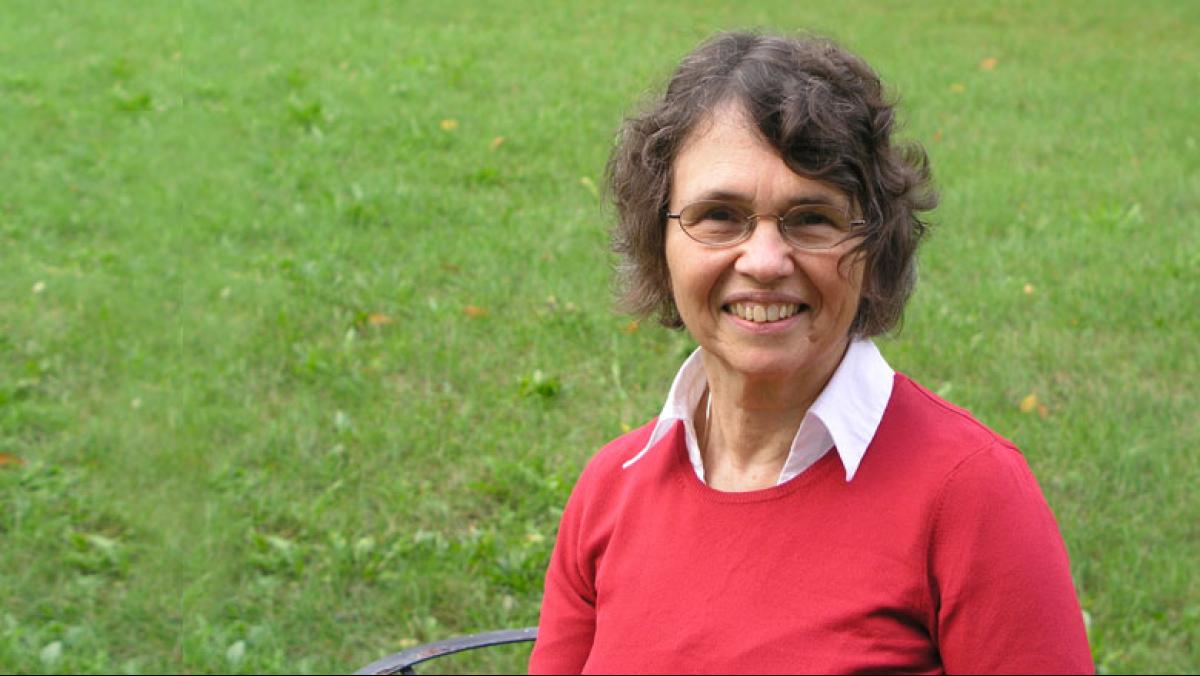 In addition to being a poet and a playwright, you are also a Civil Rights activist. How do your ideas from one realm influence another?

The short and simple answer is probably that both activism and creative writing involve seeing, being aware beyond the obvious, being aware of particular points, particular kinds of things. Both involve dogged determination to get something right.

For a long time, I didn’t see how the two—activism and poetry—might meet. I wrote about family and teaching and travel and tucked my experience in social justice movements into bed for a nap while I wrote. Writing March On Milwaukee: A Memoir of the Open Housing Protests, my play about the two hundred nights of marching for fair housing legislation, was an enormous breakthrough for me. It was a subject that intensified my love of language, of finding the right words to convey the emotional and intellectual tenor of moments that might be otherwise invisible. Watching audiences watch my play, I realized how hungry people are for stories of purpose and courage.

Some poets and critics are on guard about social justice issues in literary works, for fear the love of language, the language play, will be lost, will turn into rant. Some poets say they’ve tried without success to write what are sometimes called “political” poems. I thought about this … and I’ve learned that whatever is important to me, whatever is in my field of vision, my sensory experience, usually somehow finds its way into what I write.

As a social justice advocate, I see the issues that concern me not just in the generally abstract terms of political debates, but in the experience and lives of people in my community, people I see and meet and read about. These specifics then find ways into what I write. For instance, I write about civil rights in terms of my own crossing on the 16th Street Viaduct (now the James E. Groppi Unity Bridge) from the largely African American north side to the nearly all-white south side of Milwaukee in 1967. Or I write about war in terms of watching the American flag being folded at the Rhinelander graveside of SSG Steve Martin who was killed in a truck bomb attack in Mosul, Iraq, on June 24, 2004.

In what way can poetry speak to us about war that a news report from the front line or film about a soldier’s life cannot?

Before my son’s second deployment, while soldiers and families were gathered at his unit’s headquarters waiting for the time to depart, a TV reporter interviewed us. She smiled, held out a microphone toward me, and asked, “What’s the worst thing you can think of?”

My mind reeled. Could she really think I’d talk about the possibility of my twenty-five-year-old son dying? And if she did, did she think whatever quick answer I could muster up and whatever time her schedule would allow me could possibly convey the emotional reality of my fear?

I don’t honestly remember what I said to her.

But I needed the poems in this book to define for myself and convey to others that emotional reality. A lot of it is done by letting silence speak. I use sentence fragments in those poems. The silence left by what’s unsaid in the context of what is said is a way to suggest the conflicted state of mind of wanting to talk about what was always in my mind and wanting to smother the possibility before it could take shape in my imagination or in my life.

TV news programs don’t show and newspapers don’t print sentence fragments and don’t use blank space to suggest that which cannot be said. They do not use the other poetic strategies that helped me write those poems, references to Jonah and to Vincent van Gogh, for instance.

Nor does the news industry have the same aims as the poet. The clock is always ticking in the news business. In the poem time stands still or disappears altogether. Something quieter/louder, more subtle/bolder, more specific/more all-encompassing, tougher/more fragile, something like Penelope’s weaving, always in process, emerges instead.

What role can literature, poetry, and/or theater play in creating a more engaged and compassionate citizenry?

Because the literary work in any genre, really, puts the reader—the audience—into the situation, it enlarges the ability to empathize.

Actually, working with the students from NOVA High School (Northwest Opportunities Vocational Academy) in Milwaukee, I’ve seen how poetry, theater, and visual arts impact both those who create and experience them alike. The students’ work in the arts pulled together the various facts they had gathered into a meaningful whole that neither they nor those who saw their work are likely ever to forget. It changed the way the students look at their neighborhoods, their city, their elders, and themselves. Through endeavors such as these, students see themselves not as passively being schooled in test-taking but, rather, as agents in constructing and sharing knowledge and purpose.

How does your life in Wisconsin influence your work?

In both the arts and social justice communities I’ve worked with there’s a life-giving spirit of mutual support and cooperation, not competition. I’ve learned that whenever I have even a rough idea of what I want to do next, if I keep talking about it to anyone and everyone who’ll listen, someone will help me find a way.

About six years ago a group of students at UW–Waukesha asked me to serve as adviser when they started Students for Peace. Mark Lococo, then theater director at UW–Waukesha, knew I was working on a memoir about my civil rights activity and asked—no, told me—to turn it into a play. In turn, Mario Hall, an immensely talented organizer from Milwaukee, saw the play, decided it needed to be staged in Milwaukee, and worked tirelessly to find the resources to produce the play at two different venues.

Ryan Hurley at Arts@Large connected me with Kelly Di Giacinto at NOVA High School whose students have now produced a museum exhibit and developed a civil rights tour of Milwaukee, so the history that I lived has now taken forms that help ensure it will not be lost. What’s more, these students’ lives have been transformed by their work on these projects. They’ve developed research skills, they’ve integrated their knowledge in the arts components of these projects, and they’ve found a sense of pride and purpose that propels them forward in their lives as students and as citizens

The poetry critique group I’ve belonged to for at least twenty years is made up of writers whose first link was our common membership in the Wisconsin Fellowship of Poets. Wendy Vardaman and Sarah Busse, co-editors of Verse Wisconsin, encourage Wisconsin poets by publishing their work and reviews of their books and raise important questions about the role of the arts, especially poetry, in the wider community.

Woodland Pattern, a book and literary arts center in Milwaukee, has a dazzling array of works of poetry so that it’s possible to keep in touch with what’s going on with recent poetry across the country. They promote opportunities for local poets, including me, to give readings and workshops as well as bring in writers who might not otherwise visit Milwaukee. It was at Woodland Pattern that I first heard writers like Sherman Alexie, Kimiko Hahn, and Carolyn Forché. Forché’s ideas about poetry her edited collection Against Forgetting: Twentieth Century Poetry of Witness were important in shaping my poetic practice.

What projects are you working on or planning for the near future?

I’m part of a collaborative poetry and fiber art project that’ll be exhibited at the UW–Waukesha Library as part of the 2013 Southeast Wisconsin Festival of the Book. I regularly blog about poetry and social justice issues, and I review books of poetry. Currently, I’m finishing work on a new manuscript, Justice Freedom Herbs. And I’m also reading the letters and/or memoirs of a couple of nineteenth century women who interest me, sometimes creating poems responding to this material, mostly looking for places where their stories suggest something lying in wait behind the surface.

Mainly, I want to be as supportive of emerging writers, activists, and artists, as others were—and are—for me. I want to work to ensure that young people and others have access to the power of the arts.

Margaret "Peggy" Rozga is the Wisconsin Poet Laureate for 2019-2020. A native of Milwaukee, Rozga is a poet, playwright and emerita professor of English at the University of Wisconsin-Waukesha where she taught creative writing and multicultural literature.