Make it part of your 2012 New Year’s resolution to host an Aldo Leopold Weekend in your city or town. Regarded by many as the most influential conservation thinker of the twentieth century, Leopold was a prolific writer and naturalist, known for planting thousands of pine trees, restoring prairies, and documenting the ensuing changes in the flora and fauna around his family home along the Wisconsin River near Baraboo. The Aldo Leopold Weekend a great way of celebrating the man’s influence on our state and bringing your community together around Leopold’s idea of a land ethic, which is grounded in the notion that the natural world is a community to which we all belong.

The origin of the Aldo Leopold Weekend can be traced to March 4, 2000, when the citizens of Lodi congregated to read A Sand County Almanac aloud, cover to cover. Event organizers the Friends of Scenic Lodi Valley dubbed the gathering “Lodi Reads Leopold.” Reading started at noon and ended at 10:00 that night. The session spanned two locations, involved 35 readers and was so inspiring that participants decided it should be an annual experience.

During the 4th annual Lodi Reads Leopold, George Meyer, former Secretary of the Wisconsin Department of Natural Resources and the event’s “celebrity reader” wondered aloud why every community in the state wasn’t reading Leopold that weekend. State Legislator Mark Miller shouted from the audience, “I’ll introduce that legislation.” That spark caught on, burning bright with bi-partisan support throughout the Legislature to recognize Wisconsin’s most noted conservationist. One year later, in March of 2004, Governor James Doyle signed legislation designating the first weekend in March Aldo Leopold Weekend in Wisconsin.

Today, reading events have expanded across Wisconsin’s state boundaries, and blossomed to include activities that involve the whole community: showings of the Aldo Leopold film Green Fire, readings from A Sand County Almanac, Leopold bench building workshops, roundtable discussions, nature hikes, and more. In short, all kind of ways for people to engage with Leopold’s works and ideas.

If you are interested in bringing people together to celebrate these ideas and inspire a new commitment to Leopold’s vision of a land ethic as part of your community, you may want to plan an event. Aldo Leopold Weekend 2012 takes place in Wisconsin on the weekend of March 2–4. Follow this link to a complete listing of Aldo Leopold Weekend events across the United States. 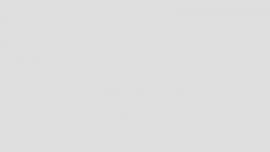 What does it take