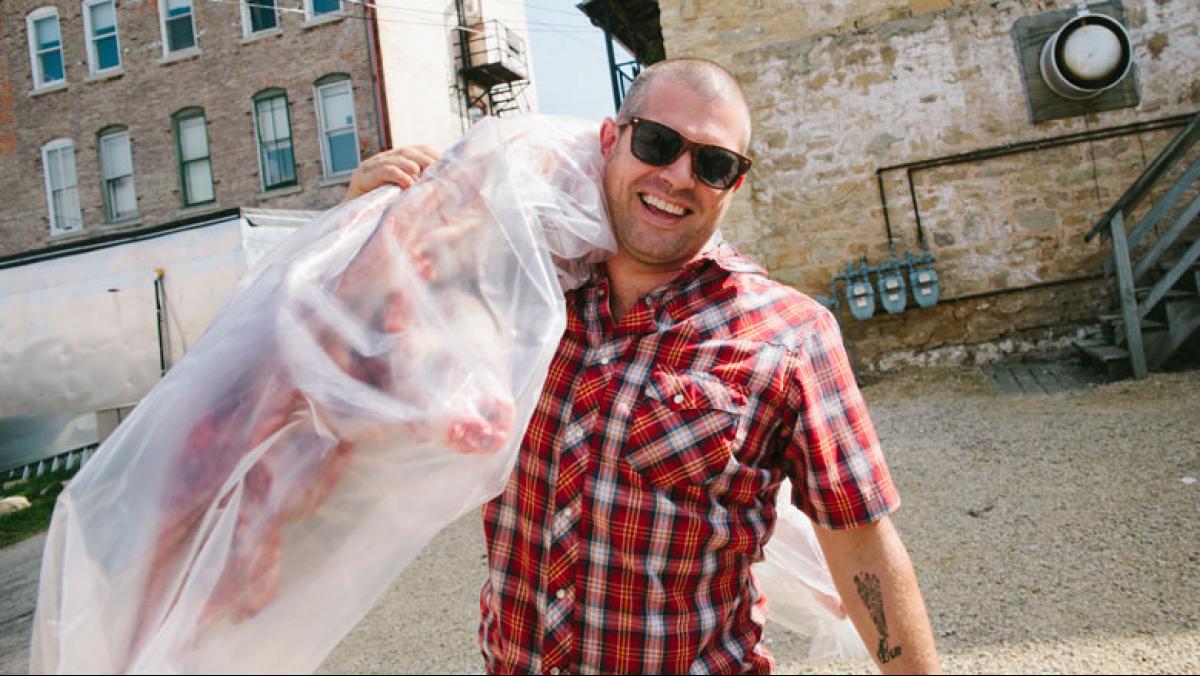 Luke Zahm is fomenting a food revolution at Driftless Cafe in Viroqua.

While dining at American Bounty, the Culinary Institute of America’s flagship restaurant in New York City, Chef Luke Zahm was surprised to see three dishes on the menu made with ingredients grown in his hometown of La Farge, Wisconsin.

After a decade of creating delicious, sustainable cuisine in the kitchens of Chicago and Madison, Zahm realized he wanted to be part of the agricultural and culinary revolution happening in Southwestern Wisconsin.

Zahm has always believed in using fresh products in his cooking. After working as a chef at Epic Systems in Verona and incorporating locally grown produce from a CSA (community supported agriculture) program into his daily menus, Zahm began to build personal relationships with small-scale growers. The ensuing friendships and time spent visiting area farms helped him understand how “farming with virtue and value can make a huge difference” in the lives of both producers and consumers.

Driftless Café sits on a side street in the heart of Viroqua, a town of 4,400 near La Farge in Vernon County. Named “the town that beat Wal-Mart” by Smithsonian magazine in 1992, Viroqua has a history of putting support for local businesses ahead of chains. Located in the unglaciated hills and valleys of the Wisconsin’s Driftless Area, Vernon County boasts over 180 certified organic farms, the highest concentration in the United States.

In 2013, Zahm and his wife Ruthie took ownership of Driftless Café and began applying their version of a farm-to-table philosophy that works to incorporate seasonal ingredients while minimizing the distance between the farm and the diner’s plate.

“I tell them to grow what they want to grow, what they want to cultivate, love to do, and I’ll buy it from them,” Zahm says, noting how the café’s menu—which is posted daily to Facebook—frequently changes to reflect the best of seasonal produce from the Driftless Area.

It’s a philosophy that subverts the traditional adherence to consistency and repetition found in most restaurants, but Zahm says that his model better supports local farms and the community at large while ensuring the highest-quality ingredients. Featuring what’s fresh off the farm means Ridgeland Harvest Sweet Corn Soup one day, and St. Brigid’s Chicken with Levi Miller Sweet Potatoes and Second Cloud on the Left Italian Heirloom Chard the next. By supporting local farms, Zahm says that he—and, by extension, everyone—helps to “create a more viable place for people to live, work, play, and raise families.” 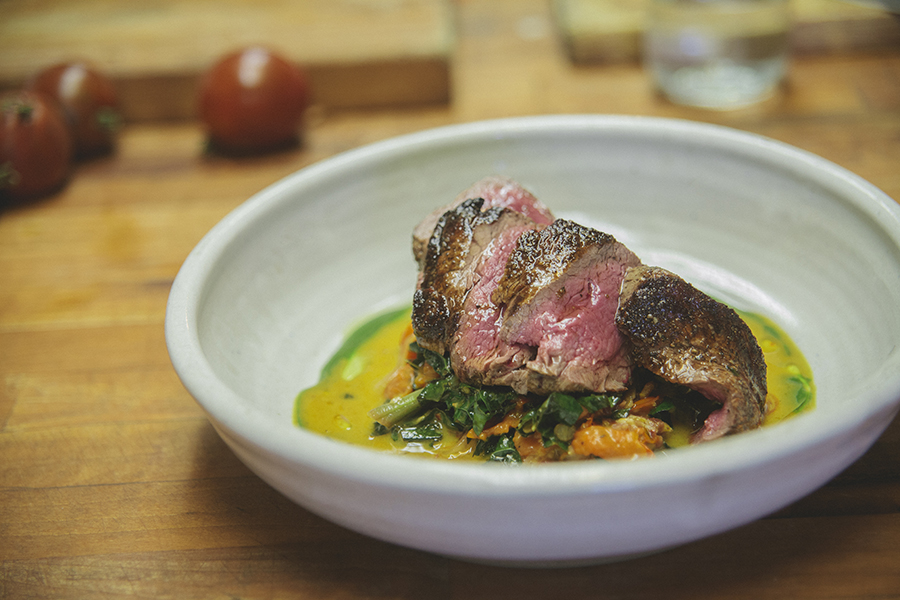 Zahm is “the real deal,” according to St. Brigid’s Meadows farm owner Vince Hundt. “When it comes to restaurants, Luke and the Driftless go the extra mile to use and celebrate local ingredients.” Hundt, who since 1989 has raised pasture-fed, organic beef as well as organic chicken and eggs, says Zahm’s commitment to locally sourced ingredients keeps “food money close to home, [which supports] a healthy rural farm economy.”

According to Zahm, Wisconsin’s distinctive food culture and heritage is worth preserving. He works to foster excitement about everything Wisconsin’s Driftless Area has to offer in the way of natural food, and mentors local kids through apprenticeships at the café and events such as the Vernon County Farm to School Program’s annual Harvest Challenge, a cooking competition that pairs students with local chefs. Viroqua’s team took first-place in 2014, a feat Zahm hopes will instill in students an appreciation for this region’s strengths. “It was so gratifying to those kids, kind of coming to their own identity with this place.”

Zahm and his team at Driftless Café see the coming of a food revolution for both rural and urban Wisconsin, and they are happy to be a part of it. “This isn’t a fad. This isn’t something that’s going away,” says Zahm, ticking off the ways in which the farm-to-table philosophy benefits both the local land and people of all ages, including the youth he mentors. “When the kids leave this place and when they go out into the world, they feel like they’re from someplace special,” he says.

Dan Howard is a photographer and graphic designer from the United Kingdom. He now resides in Viroqua with his wife, Sarah, and their son. When Howard isn’t out shooting, he's at home renovating one of his many vintage cameras. A selection of Howard's work can be found at danhowardphotography.com

Annaleigh Wetzel is a recent graduate of the UW–Madison School of Journalism, and a former editorial assistant for Wisconsin People & Ideas. She now lives in Chicago, where she writes about—and is eating her way through—the city.