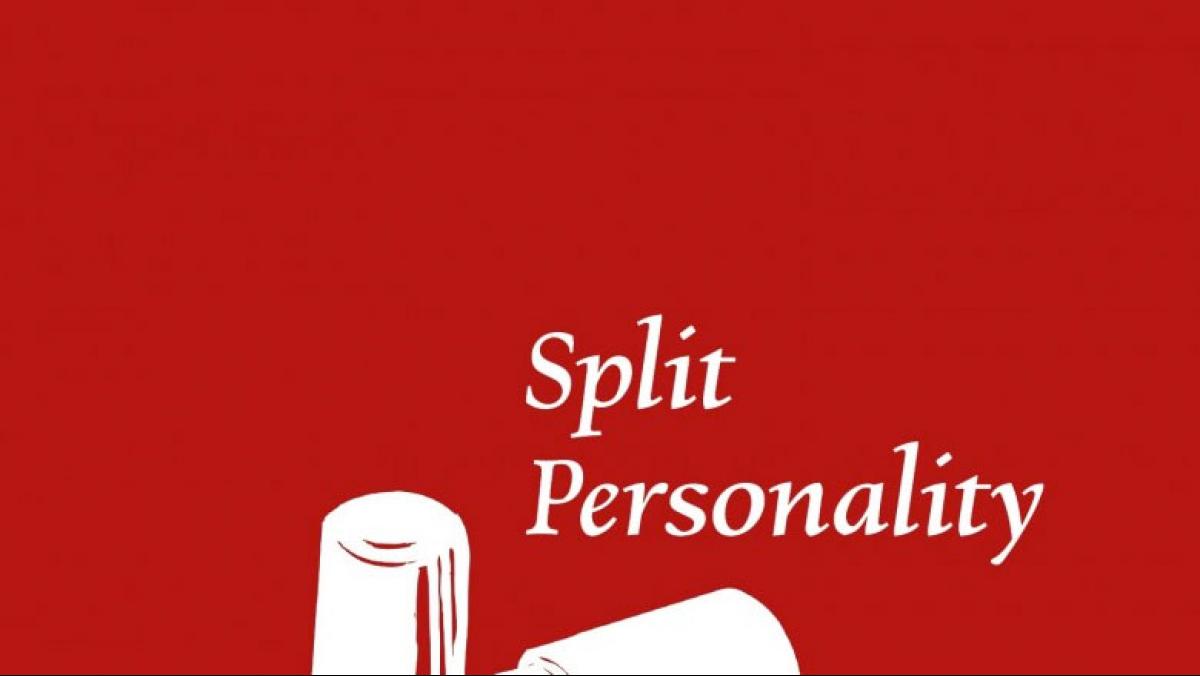 You have to admire a poetry chapbook whose self-contradicting opening line trumpets, “Now is not the time to begin …” The poem, “Digging in the Fat Box,” a kind of encomium to failed diets and body fat as symptoms of spiritual longing (“wanting / to be filled”), and the chapbook in which it appears, are the collaborative work of Karla Huston and Cathryn Cofell, two contemporary Wisconsin poets much esteemed for their forceful individual voices. (A simple Google search yields two exemplary poems: Huston’s “Anti-Rapunzel” and Cofell’s “Opulent Copulant: Scenes from the Musical.”) In Split Personality's "Thigh Master," their melded persona is a hypersexualized, Candide-esque character named Thigh:

Thigh straps on a rubber penis,
learns to dance the hustle with Ray
from receiving, wrapping him in strapping
tape and pushpins, she wills herself
to squeeze, release, squeeze
release those burning yearnings for Ho Hos
and cheese …

Emphatic eroticism and clever sexual punning (“Ray / from receiving”; “strapping / tape”; “Ho Hos”) are the central driving forces throughout Split Personality. In “She Contemplates the Venus de Milo,” the luridness works as an ongoing commentary on the desperation of sexual desire as well as a parody of pornographic imagery:

Huston and Cofell’s approach is wildly funny at times. But it also at times shifts abruptly, as in the final lines of “She Contemplates the Venus de Milo,” to something dark and destructive that lies within the human heart: “Cut off my hands, she whispers to the mirror, / the enormity of her own bare self.” Indeed, one of the strongest poems in the chapbook is the haunting “Makeup Girl,” which begins by illustrating the chasm between working-class reality and the Photoshopped fakery of Hollywood and the fashion world. It’s a well-trod theme, but Huston and Cofell don’t stop there; they extend the metaphor of reality versus illusion into thornier territory, where we are startled to recognize our own complicity in the manufacture of self-negating fantasy:

I’m the girl you never think about,
the one you don’t know,
unless the star is vexed or perplexed
or missing a lens or dressed
in the wrong shade of glue.
Without me, she cannot be the part,
and without her, I am translucent.

The twenty-two poems in Split Personality never take their explicitness for granted; nor do they collar us merely for cheap thrills. The poets raise serious questions about perception and the fracturing of our selfhood in “She Dreams About Being Jung":

If everyone in the dream is a version of you,
then what difference does it make who shows up,
holds a gun to your head, plays
tic-tac-toe with your animus, runs
a slack tongue up your thigh?

Smart and razor-sharp, Split Personality is a surprisingly rich collection that functions both as playful erotica and a critique of our worldly culture of impulsivity and instant gratification.