The Biology of Consciousness, by Thomas J. Erickson | wisconsinacademy.org
Skip to main content

The Biology of Consciousness, by Thomas J. Erickson 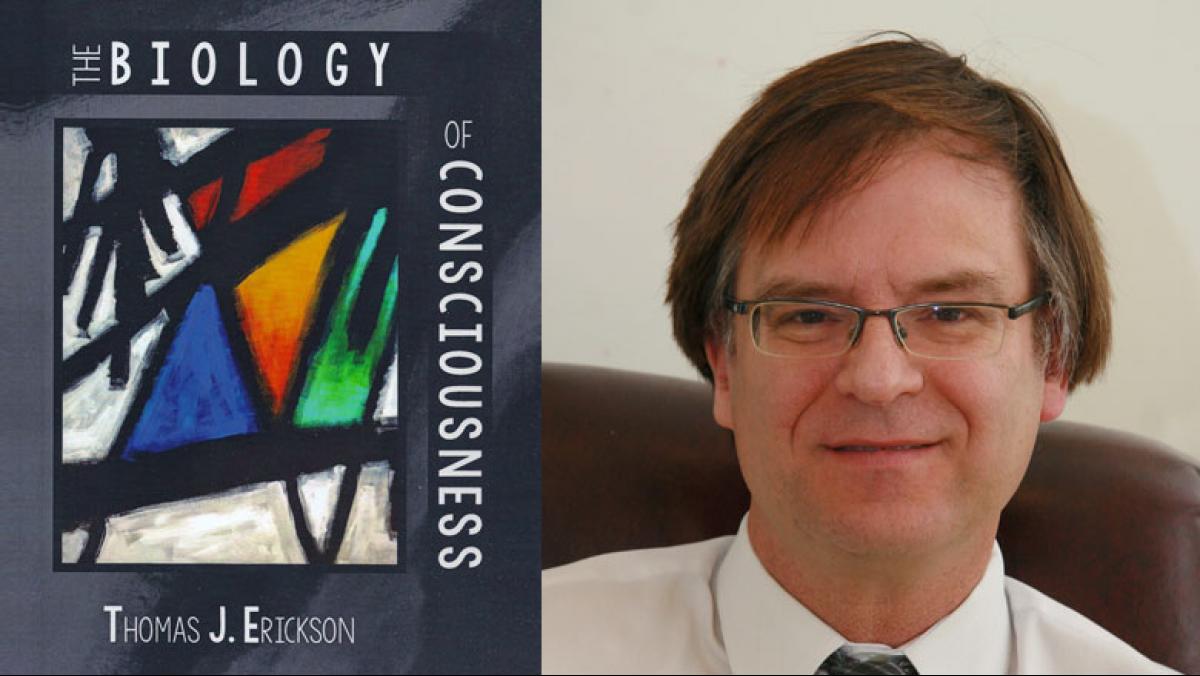 Thomas J. Erickson’s first full-length poetry collection, The Biology of Consciousness, stopped me dead in my tracks, even before I cracked the cover. What on earth could the book or its title poem mean?

Various sources tell me this: while not understood, the biology of consciousness is a hot research subject and many new technologies are making it possible to more closely study the brain. Visual fields of reference may trigger electrical gamma waves that allow conscious—and perhaps unconscious—perception. Neurons, the brain’s electric energy-charging cells, may group together to form thoughts.

Of course, philosophers have been arguing about the relationship between mind and body for centuries. So, what’s all of this got to do with poetry? A clue can be found in Erickson’s title poem, “I have not been in this house / before but to enter is to remember / how the capillaries connect / the dream from room to room.” Perhaps for Erickson, words can become neurons, and poetry the expression of consciousness.

His division of the collection into three parts with differing themes reflects similar divisions of the human brain: the cerebrum is the center of perception, emotion, and memory; the cerebellum coordinates everyday tasks; the brain stem commands autonomous functions such as breathing and heart rate.

In the second section, the strongest to my mind, he tosses his readers into a youthful, even dissolute, world of bar life and drinking, as well as Milwaukee’s dark side of violence and racial division.

Erickson, a Milwaukee-based lawyer, shares his workload with us, including cases that can drain the soul. In “Sweating the Bottle,” he writes, “While we waited for the verdict, my client told / me he had molested the boys for years.” In “Phone,” he describes how everyday messages can be both sublime and grotesque, pedestrian and terrible, as in, “I read on my phone the court petition stating my teenaged client helped Smokey move the dead girl from the bathtub to the crawlspace and the Brewers are losing to the Cards 3 to 1 in the fifth.” It’s impossible not to come away from these poems shaken.

In the third section, life and death questions are again considered, and memory, too. But his themes seem to be more global: the Berlin Wall, the Vietnam War, the Boston Marathon bombing, ISIS. In “The Tree,” a worker cuts down a blighted chestnut tree in front of Anne Frank’s house but “he may not even notice the attic window.”

What is there to make us conscious of who we are now, and what is there to console us? Is it ultimately the land, the subject of several poems toward the end of the book, a place where “souls still abide in the arctic / fox, the tern, and the snow”? Could it be poetry? Perhaps not. Erickson writes in “February 14, 2015”:

Soon enough the roses will arrive and what will be said will be said.
The champagne will pop and this poem will be read

and it will be here for all of a day
smiled over and then thrown away.

Not so fast, I’d say. If Erickson’s poems aren’t meant to be uplifting, they are fierce and challenging as well as compassionate and graceful. Mercifully, they can also be ironic, even funny. Don’t miss this outstanding collection, to be read over and over again.