The Blondes of Wisconsin, by Anthony Bukoski | wisconsinacademy.org
Skip to main content

The Blondes of Wisconsin, by Anthony Bukoski 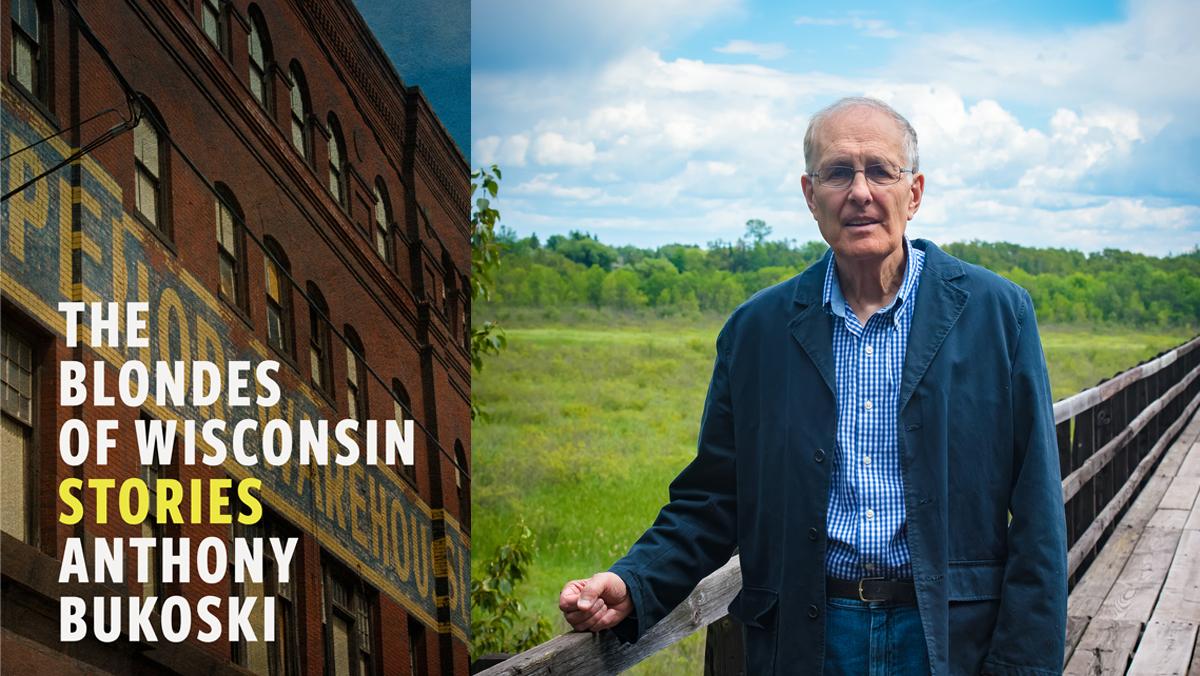 I don’t entirely judge a book by its cover, but I do appreciate a well-designed one. Anthony Bukoski’s The Blondes of Wisconsin is a good-looking book—though the image of the old red brick warehouse on the cover creates some dissonance. It turns out that the warehouse tells us more about the book than does the title, as setting looms large over this collection of sixteen stories. For example, in “Port of Milwaukee,” the narrator describes Superior as “a broken place of beat-up dreams, … [with] bad weather, a shipyard, a coal dock, and an oil refinery.”

Bukoski, a Professor Emeritus of English at the University of Wisconsin–Superior and an Academy Fellow, previously published four short story collections that demonstrate his mastery of the genre. Like these earlier works, The Blondes of Wisconsin provides an intimate look into the lives of the working-class Polish-Americans who live and love and work in northern Wisconsin.

Many of these stories follow three generations of the Bronkowski family and the people whose lives intersect with theirs. The stories are all interrelated, though the narrative point of view shifts from story to story. The stories vary in form, too, including two stories “written” by one of the book’s characters and another by the character’s translator. A collection as interconnected as this, with recurring characters, reads like a kind of fragmented novella, with Eddie Bronkowski, a punch-drunk boxer who works on a Great Lakes freighter, as the protagonist.

Eddie has more heart than skill, and the beatings he takes in the ring leave him cognitively impaired but no less heroic in his own way. Eddie’s father, Frank Bronkowski, a homesick immigrant haunted by the war, works the night shift in a flour mill, “not knowing if it was rainy, windy, or cold, in the old country he’d come from.” Frank’s other son, Alphonse, enlists in the Marines and returns home from Vietnam to work in the oil refinery. In the surprising final story, Eddie’s wife, Adele, reveals a shocking secret, and the book ends with an image of the Bronkowski house literally coming apart.

Andrew, Eddie’s teenage nephew, who narrates “The Vocabulary Lesson,” the penultimate story in the collection, aspires to be a writer, and any aspiring writer will find this collection an excellent guide to writing realistic short fiction. Casting about for ideas, Andrew observes his neighborhood and the writer who lives next door:

It struck me that Mr. Slinker had found someone or something to write about in the neighborhood. I thought nothing around here was worth it. Ms. Snowberg says that when I start my senior year writing project for AP English, I must appeal to the senses. I have to show how the places that are known to us can be mysterious.

Andrew concludes his musings wondering if “Bronislaw Slinker, the retired worker at the lime plant, the Polish author, is writing a story, a novel, an epic novel about ghost ships and inlets and how we live so close to the long, blue edge of Lake Superior.”

It is impossible not to see the author in the character of Bronislaw Slinker and to wonder if perhaps Bukoski is hinting that such a novel is in the works. After all, he has proven himself a master of the short form, and, in this collection, Bukoski has arguably already written a novel-in-stories.

The Blondes of Wisconsin is a book about the power of language, the way words can connect us to the past, to a place, and to each other. But it also plumbs the limitations of words and how tenuous our connections can be. The characters of these stories struggle to survive and to make meaningful connections. Their struggle is well articulated in this slim volume, regardless of where you shelve it.

Christopher Chambers is editor of Wisconsin People & Ideas, the Academy’s quarterly magazine of Wisconsin thought and culture. He is the former editor of Black Warrior Review, New Orleans Review, and is founding editor of Midwest Review.