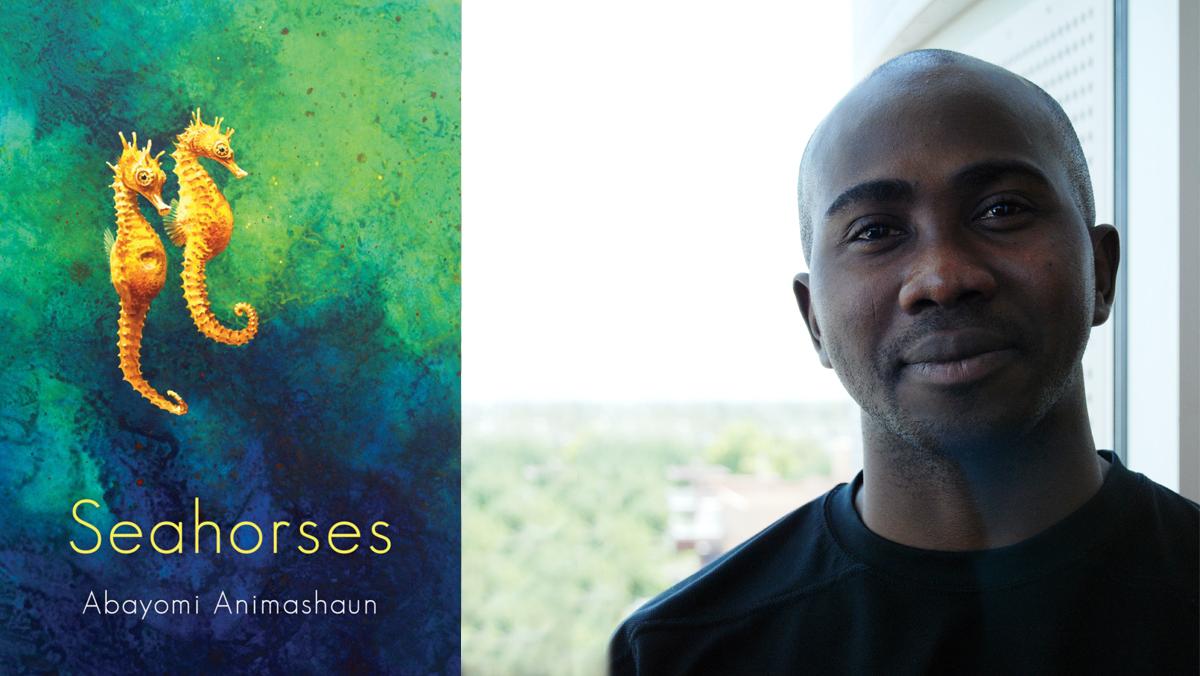 As with his two previous poetry collections, Sailing To Ithaca and The Giving Of Pears, Abayomi Animashaun’s Seahorses does not hesitate to present stark truths in real-world settings.

Seahorses begins with a poem titled “Aubade” in which Animashaun transforms the expected song of morning into a recital of suffering, replete with “children caged like hens— / many without bread—” who fall victim to the greed of political forces they do not understand. The visceral poem sets the stage for a collection that explores the immigrant experience from multiple perspectives, with a focus on the shifting identities of both the oppressed and their oppressors.

Reflecting on his early upbringing in Lagos, Nigeria, and later arrival in America, Animashaun writes of finding “God’s will / in a new paradise.” But for an immigrant, this paradise can be a purgatory, as in the poem “White Rooms,” a place where “your face must turn white” to survive. In “After Coming Home from the Detainment Camp,” Animashaun presents the view of a guard who is just doing his job, a man whose identity is a mask he wears to protect his family: “When the house is silent / You oil your gun.”

In “Collateral Damage,” one of the most chilling and evocative poems in Seahorses, Animashaun imagines how genocide might look through the eyes of “the old revolutionaries” who gather to convivially drink “from the same small cup” of unsweetened tea, these men who say “nothing of the thousand infants / Whose burnt and severed heads / They counted and proudly hung on spikes.”

The second part of Seahorses explores biblical (“Jesus’ Day Job,” “Standing in the Ruins of Gomorrah”) and popular literary tropes such as the Wizard of Oz, to question what constitutes reality and what is merely enticing fantasy:

So what
If this man’s
Yellow brick road
Is not yellow
And is no road.

The journey for all of us, Animashaun seems to say, comes to the same end by “Taking down this picture / Of the person you once were.”

After passing through these dark nights of the soul, the reader’s pilgrimage concludes on rising notes of acceptance and the possibility of transcending our instincts toward tribalism. Animashaun’s poem “Communion” allows that, though there may be vast differences of opinions and beliefs, “after years of talking over each other / we can finally sit on the porch” sharing “a simple meal of stale bread and salted fish.”

From first page to last, Abayomi Animashaun’s Seahorses is a collection of harrowing and enlightening poems that readers will not soon forget.

James P. Roberts is the author of fifteen books in the fields of fantasy and science fiction, poetry, literary biography, and baseball history. His latest poetry collection, One Hundred Breaths (August 2020), was selected as the winner of the 2020 Portage Press Poetry Book Contest.