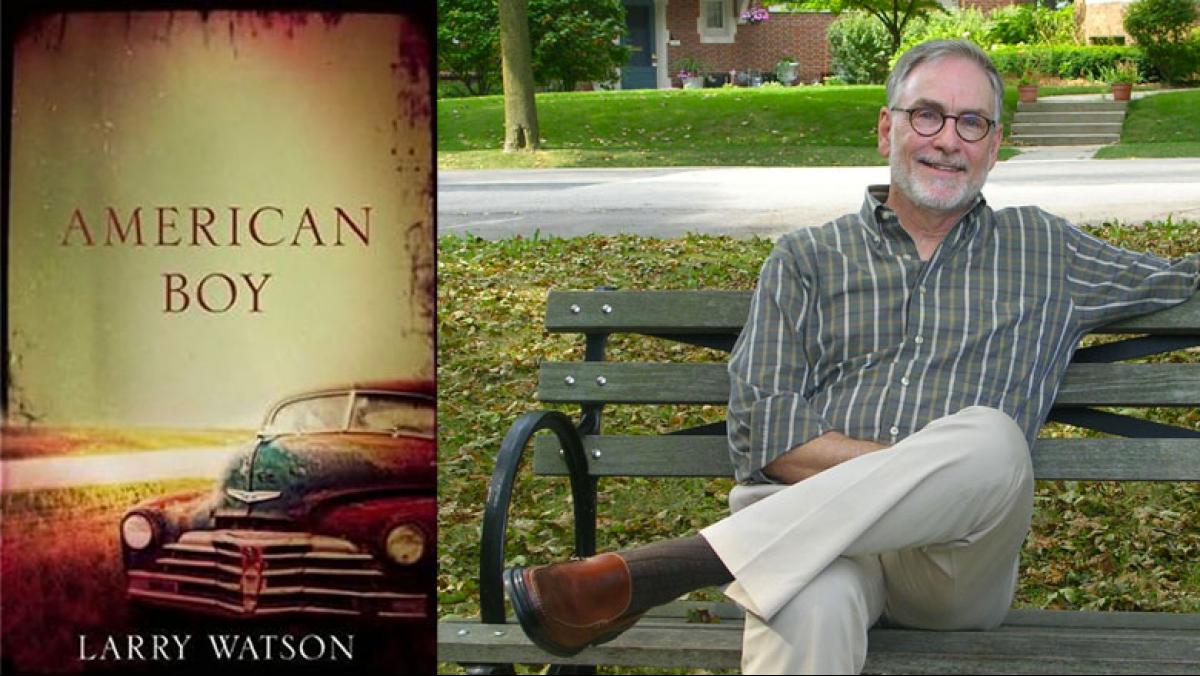 “The power of human desire is matched only by our inability to express those desires,” explains Matthew Garth, the teenage narrator of Larry Watson’s American Boy. Set in the fictional small town of Willow Falls, Minnesota in 1962, Watson’s sharply observed novel traces Matthew’s desires as they play out across the objects of his longing: Louisa Lindahl, a naked and anesthetized Sleeping Beauty recovering from a gunshot wound when Matthew first lays eyes upon her, and the charismatic Dr. Dunbar.

Willow Falls, population 2,000, is a town with a “divided opinion of itself.” Among its wealthiest and most respected citizens is Dr. Rex Dunbar, a father-figure and mentor to Matthew since the death his own father. The doctor’s son, Johnny, is also Matthew’s schoolmate and best friend. While Matthew’s mother, an overworked supper club waitress, derides the Dunbars for their “ostentation” it’s easy to understand the attraction of the Dunbar family to the young man.  “If Willow Falls could see the image of Rex Dunbar when it looked into the mirror,” Matthew tells us, “life there had to be ascendant.”

The relative tranquility of this ad hoc family is broken by the appearance in the doctor’s home of the beautiful twenty-something Louisa Lindahl, who shares a hardscrabble background similar to Matthew’s. As she recovers from her gunshot wound and remains in the Dunbar home it becomes clear she’s anything but a fairy-tale princess, which is part of the rich irony running through the novel. Louisa’s beauty can’t disguise a calculating side that seems to leak out behind “a smile that made her look as if she were preparing to take a bite out of something.”

The Watson method is often to take a presumably stable social unit—a family, a community, a loyal pair of friends—and then introduce an outside force that disrupts the equilibrium and harmony of that unit, eliciting activities that the participants thought of themselves as incapable of doing.  Under Louisa’s watchful eyes Matthew and Dr. Dunbar vie for dominance in a hockey game at the local ice rink. Matthew shoulder-checks Johnny only to get jabbed “hard in the ribs with the butt end” of the good Dr. Dunbar’s stick.

It’s one of many hard-learned lessons for Matthew in American Boy, and Watson seems to be saying that the path to adulthood isn’t always about the search for wisdom. Sometimes it’s about subterfuge and learning to hide the worst of your intentions. These are lessons that are not entirely dissimilar from the lessons learned in Montana 1948 (1993), considered by many to be Larry Watson’s masterpiece. American Boy isn’t as tightly wound as Montana 1948, with its chilling story of a community torn by a sexual abuse scandal, nor is it ultimately as tragic. In his seventh novel, Watson allows plenty of room for nostalgic reflection and picaresque digressions: situations include a thunderous drag race; a near-murderous card game; a climactic snowstorm. He manages to make these otherwise stock scenes momentous; they come wonderfully alive with early ’60s pop music and beer-drinking teenagers fogging backseat car windows with laughter and lust.

American Boy is an ambitious and at times raucous novel that suggests coming-of-age is a perpetual state of our American character, always poised between wanting too much and getting more than we bargained for.