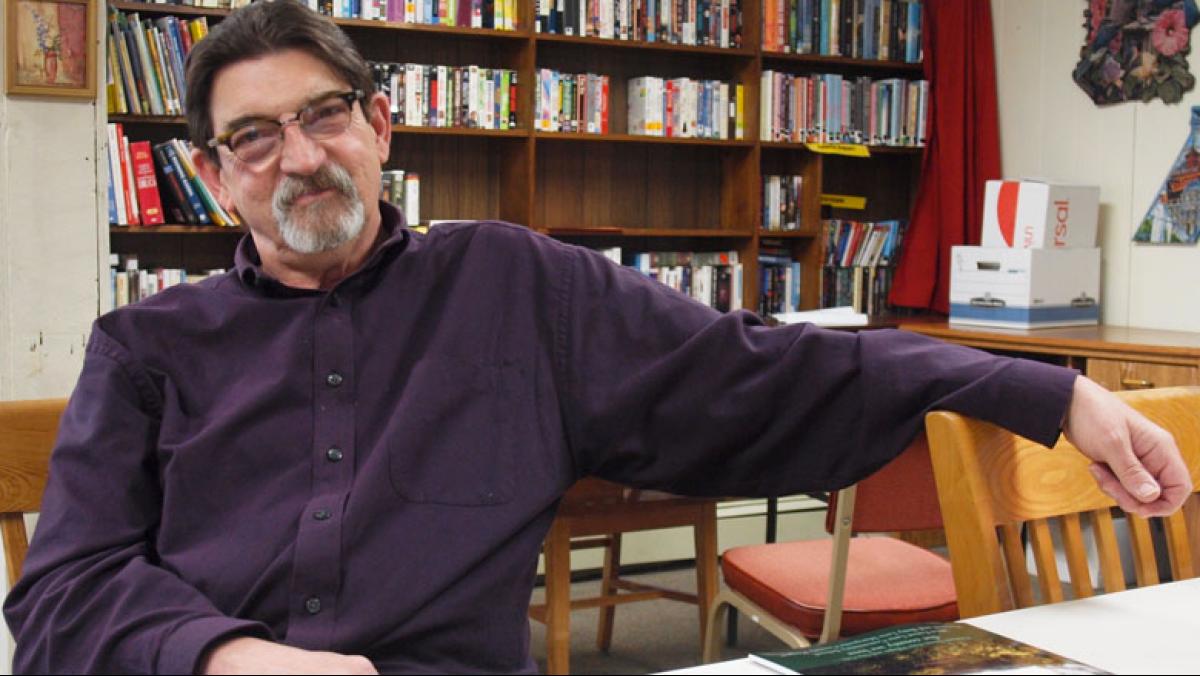 Bruce Dethlefsen, a retired educator and public library director living in Westfield, began his two-year term as Wisconsin Poet Laureate at the beginning of 2011. Author of two poetry chapbooks, Dethlefsen was twice nominated for a Pushcart Prize and served for years as the secretary of the Wisconsin Fellowship of Poets. Two of his poems were featured on Garrison Keillor's The Writer's Almanac on National Public Radio and several poems appear on yourdailypoem.com. Published by Fireweed Press, his latest book of poems, Breather (2009), received an Outstanding Achievement in Poetry recognition in 2009 from the Wisconsin Library Association. Dethlefsen also writes music and plays bass guitar in the band Obvious Dog with Sauk City native Bill Orth. The band took its name from former Wisconsin Poet Laureate Marilyn Taylor's description of "a poem beyond resuscitation." Wisconsin People & Ideas magazine caught up with Dehlefsen between gigs to ask a few questions about what makes a good poem.

Who is the imagined reader you have in mind when you sit down to write a poem?
If I hit upon something sufficiently universal in the first draft of a poem, I can trust myself to wait to worry about the reader until one of the last revisions. I try to ignore both the cartoon angels and devils dancing on my shoulders, whispering in my ear as I write.

What expectations and possibilities do you like your opening lines to set?
I want the title and the opening lines of my poems to tell the reader that, of all the possible places in the world, this is where we're starting.

Who is the person you feel that your readers intuit behind your work?
I really don't know.

How is your poem meeting your audience's needs?
As both audience member and reader, I need some sort of anchor from the poet to help me get a hold of the poem—an image, an emotion, a smell—something I can take in with my sense and my senses. I need someplace to stand in a poem. Otherwise I evaporate in so many words.

How is your poem more than an anecdote?
Poems are more than anecdotes. Every sound inside the words and between the words conveys meaning and emotion. It's the crafting of the sounds that makes a poem successful and moves the reader.

What does the final "heave-ho" of the last line accomplish?
I use the last lines of the poem, sometimes, to tie up the poem with a nice ribbon, the same color as in the first few lines. Other times, I love to make a sharp left without my turn signal on at the end of a poem.

What are advantages and disadvantages of writing about subjects other than ourselves?
When a poet writes outside his own experience he runs the risk of not sounding believable. I understand you don't need to be a chicken to know what an egg is, but you can make one scrambled mess if the words don't ring true.

Is there usually an unpredictable, authenticating detail in each of your poems?
I allow myself one "lemon drop" in each of my poems, something that is entirely personal. I try to hide them—some of them—and for me it's good fun.

How do you feel about metaphor in poetry?
I enjoy reading poems that I want to return to and dig deeper. There's a satisfaction I get from discovering the extent of the poet's craft this way.

Do you have any advice for aspiring poets?
There are rivers of experiences flowing everywhere. The poet pitches his tent by one of them. A good poet will choose an interesting river.