The Transit of Venus, by Susan Firer | wisconsinacademy.org
Skip to main content

The Transit of Venus, by Susan Firer 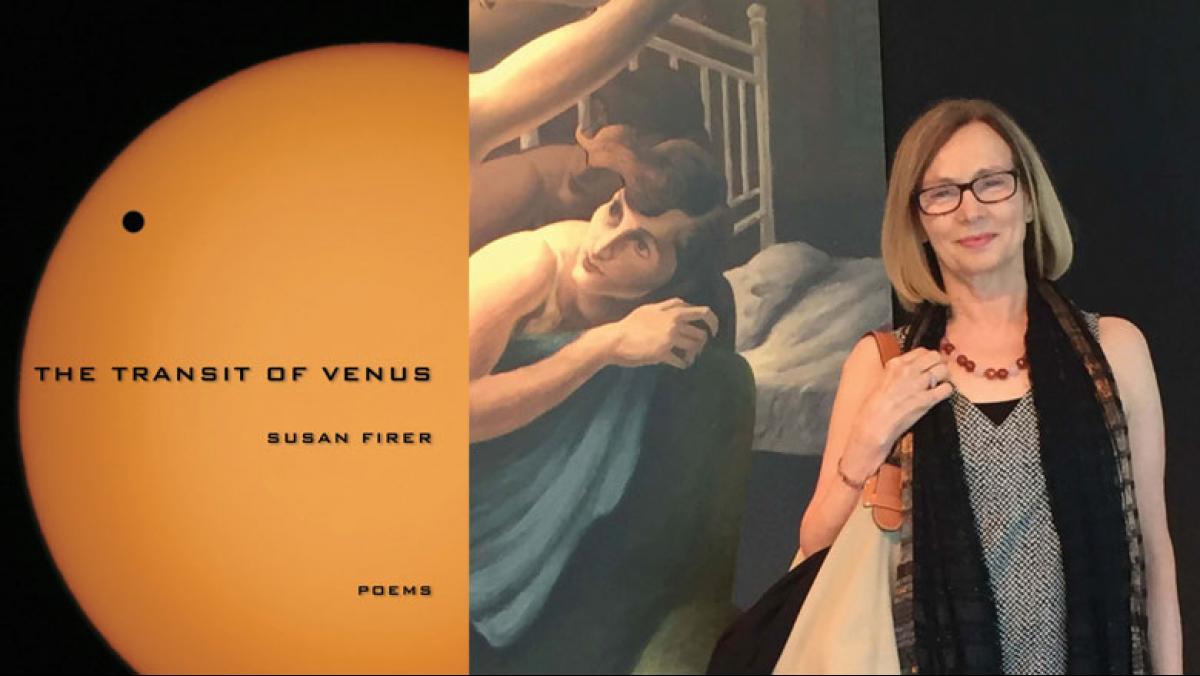 My measure of a poem’s quality is often found in the question, “How did the poet think of that?” If that poem should happen to begin an entire collection that has me asking that same question again and again, well, then I know I have something really special in my hands. This was my experience reading Susan Firer’s new collection, The Transit of Venus.

From the questions the poet raises and answers in the first poem, “Nervous Catechism,” a prelude to the rest of the collection, I knew I was in for a rich journey of surprise and discovery:

Right there, Firer had me paying attention. As the collection unfurled, she did not disappoint. Firer writes about transformation, about how something might appear to be one thing and actually turn out to be another. She plays with language in a way that creates its own internal logic, weaving lines together with repetition and the occasional inversion, as in “Dear Dr. Limnologist”:

(The dead call the waves comfort.
Call comfort from the waves, the dead.)

She is also adept at stretching metaphors until they morph into invention. For example, in the poem “Easting” the poet describes a pier in the water as a

Firer is our celestial tour guide and her poems are the vehicles that take us from deep space to the shores of Lake Michigan to the Feast of Sacrifice on the Bosphorus Sea. We can locate ourselves in these poems because she continuously weaves in charmingly specific details, as in “He is Trying to Get Home from the Store”:

Many of the poems in this collection deal with the death of her husband, the poet James Hazard. Firer reminds us how a loved one’s death offers up abandoned clothing, scraps of paper, and memories embedded in the objects left behind. In the title poem, which connects death with the notion of “transit” and the movement of weather, Firer writes:

Venus passes between sun &
earth. Exceedingly rare, Transit,
have you noticed how close
the ode &  elegy are?
(In the United States someone
dies every sixteen seconds!)
Husband, Supermoon, Venus
come & go. Death says there
is no you at the end of the weather.

Enter The Transit of Venus and let Firer’s poems transport you to things that you know, and introduce you to things you didn’t know you knew. This process of loss and discovery is something that her poems make nearly sacred. From the letter poems like “Dear Hippocampus,” and “Dear Baby Star, Dear Little Astronaut” to the lengthy exploration of Caravaggio (“Brother Michelangelo”), Firer gives us the opportunity to ponder what is left behind when we go.

On June 15, 2020, Lisa Vihos was named by the mayor of Sheboygan as the city’s first poet laureate. Lisa has received two Pushcart Prize nominations and several awards from the Wisconsin Fellowship of Poets and the Wisconsin Academy of Sciences, Arts & Letters.